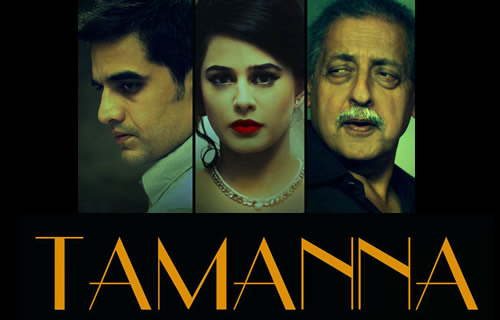 Tamanna, which will release in cinemas across Pakistan on June 13, was screened at LAFF on June 8, while Good Morning Karachi is scheduled to screen on June 14. LAFF also had Pakistani film Josh on the list, but were unable to screen it due to technical problems faced.

“Unfortunately we won’t be playing Josh now due to technical reasons,” said Fateh. Fateh further added that British Pakistani stand up comedian, Nadia Manzoor, will also be performing at a documentary screening tonight at the University of Westminster.

The London Film Festival, officially called the BFI London Film Festival is organised annually by the British Film Institute (BFI) since 1953. It is the UK’s largest public festival of its kind and caters mainly to South Asian films. The festival, currently in its 16th edition, screens over 300 films, documentaries and shorts from all over the world.

The festival will run until June 14.