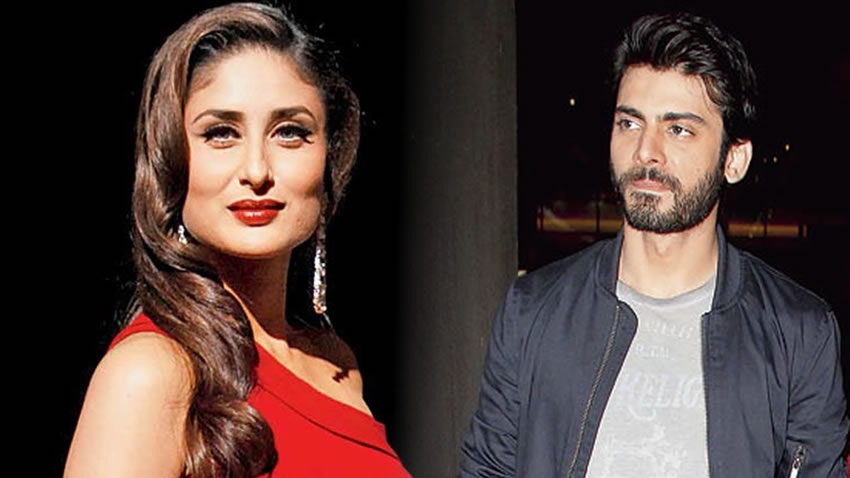 Fawad Khan seems to be on a roll after his banging Bollywood debut in Khoobsurat. Following recent reports that he was approached for a role in Madhur Bandarkar’s Madamji opposite Priyanka Chopra, rumour has it that he has been roped in for the upcoming Kareena Kapoor Khan-starrer Udta Punjab, reported Indian Express.

If the talks materialise, then Fawad will feature opposite Kareena in Abhishek Chaubey’s film, replacing Ayushmann Khurrana of Vicky Donor fame. The film will also star Bebo’s former beau Shahid Kapoor and his Shaandaar co-star Alia Bhatt. The film caught headlines shortly after news broke that the once happening couple will star in the same film after a four-year-long hiatus. But to their fans’ disappointment, the two, who were last seen together in the film Milenge Milenge, are not expected to share screen space.

The film also created a buzz as it was rumoured that Kareena is responsible for Ayushmann’s exit from the film, as she refused to work opposite a relatively new actor. The actor recently commented that he has become “immune to rejections.” But, according to Deccan Herald, Ayushmann declined the role due to scheduling conflicts. Fawad is also expected to reunite with his Khoobsurat team, Rhea Kapoor, Sonam Kapoor and Shashanka Ghosh, once again for the movie Battle for Bittora, reported Times of India. According to a source, Fawad will essay the role of Zain Altaf Khan, a scion of a North Indian royal family, known for his idealism and political ambitions.

The Pakistani heartthrob has also been nominated for a Filmfare Award in the category ‘Best Male Debut’ for the film Khoobsurat. This is the first instance of a Pakistani actor being nominated in the said category at the prestigious annual award ceremony.

Fawad, whose Bollywood debut shows great promise, rose to fame in Pakistan through his performances on popular television serials, such as Humsafar and Zindagi Gulzar Hai. He made his feature film debut in the country with the movie Khuda Kay Liye, and also performed in the telefilm Armaan (2013), opposite Aamina Sheikh. Prior to this, Fawad was the frontman of rock band Entity Paradigm (eP). The actor left the band a few years ago to pursue a career in acting. – Tribune