10 Most Beautiful Pakistani Actresses In 2015 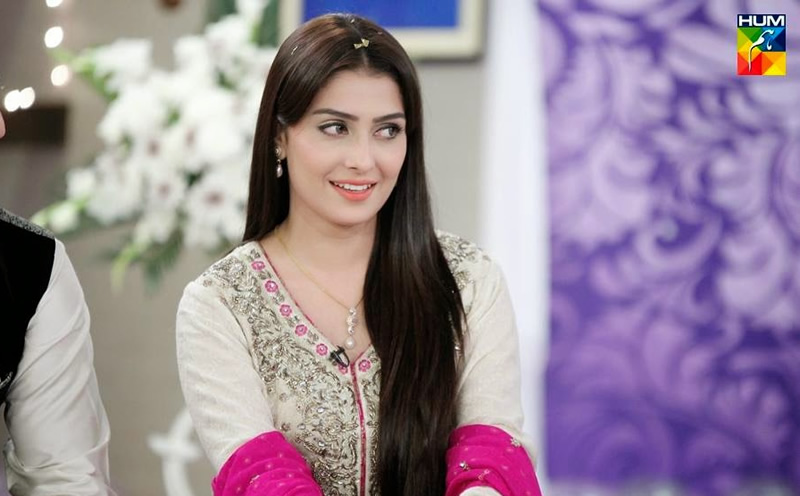 Pakistan is a beautiful country with beautiful places and beautiful people. Nature has blessed this country with tremendous beauty and there is no doubt in it. Asian beauty has its own charm and elegance and Pakistani women are blessed with tremendous impressive beauty. Pakistani women are not behind in any race whether it is of talent or beauty. Pakistani Television industry is getting fame day by day and impresses everyone with its astonishing talents and beauty queens. Pakistani actresses are beautiful amalgamate of beauty, style and talent and are extremely gorgeous in their own way. These beauty queens captivate the fans not by their skills but also by their looks. The beauty of Pakistani Television industry is not confined to limited actresses but here we provide you a list of top 10 most beautiful Pakistani actresses in 2015, they are blessed with elegant beauty and can mesmerize any one with their charming personalities. Soniya Hussain is a cute Pakistani TV host, model and actress and has shown her acting talent in various drama serials. She gained tremendous success through drama serial Mei Hari Piya aired on Hum TV and drama serial Mere Hamrahi aired on ARY Digital. She has proved herself an amazing actress in very short duration of time and can perform any kind of role. Her sparkling eyes, innocent face and beautiful smile can cherish anyone’s heart. She is the rising star of Pakistan television industry and has delivered stellar performance in many drama serials.

Read More:10 Most Popular Pakistani Female Singers of All Time Arij Fatyma is an American born Pakistani actress and model and is widely renowned because of her acting and beauty. She is a multitalented star of Pakistani TV industry and no doubt a beauty Queen too. She has an innocent, cute face with impressive features and sophisticated personality. She made her start of career with modeling and worked in numerous projects and then moved towards acting. She proved herself a talented and versatile actress and performed sophisticated to comedic roles. Her innocent beauty is really captivating and simply fabulous. One of the cutest and beautiful faces of Pakistani Television industry is of Sana Javed. She is young and talented and a promising celebrity in Pakistani industry. She is a captivating Pakistani television model and actress and is widely renowned for her flawless acting in Mera Pehla Pyar aired on ARY Digital. Sana Javed is a leading star and has won the hearts of number of viewers and her numbers of fans are increasing day by day. Her elegant personality and beautiful features do not require anyone’s comments to designate her beautiful as she is beautiful in her own style and way and there is no doubt in it. Another beautiful name in the list of beautiful Pakistani actresses  is Mawra Hocane. This emerging star of the Pakistan Television industry has gained tremendous fame in a very short duration of time. She initiated her career as VJ and then appeared in various drama serials including Yahan Pyar Nahi Hai, Nikhar Gaye Gulab Sar, Mein Bushra and has also seen in various commercials of Mobilink, Sunsilk, Telenor etc. Mawra Hocane was also nominated for best actress in 2013, at 1ST Hum Awards. Her determination, talent, hard work along with beautiful personality is admired by all and therefore she is climbing the stairs of success very rapidly. She is famous and captivating Pakistani model, VJ and actress and appears in various Pakistani serials. She made her first public appearance with a dominant role in drama serial Dil e Muztar aired on Hum TV in the 2013 and also won Best Television Sensation Female Award for this. She belongs to a Muslim family and was born in Karachi. She has charming personality and attractive looks and her sweet smile is simply killing. Her innocent face and cute smile can cherish anyone’s heart. Her impressive acting skill and beautiful voice along with her natural beauty make her famous day by day. She is becoming an emerging star in Pakistan Television industry and getting appreciation in every field. She is a young and energetic talent of Pakistan Television industry, Sajal Ali is a renowned actress and model and is highly appreciated and noted for playing versatile roles in number of serials. She has performed bold, sophisticated and romantic roles and showed her best in every role. She started her acting career with drama serial Mehmoodabad Ki Malkain aired on ARY Digital in 2011 and later featured in more leading roles in hit serials like Chandni, Sitamgar, Asmano pay Likha and Kahani Raima and Manahil Ki. Her attractive and pretty eyes add more charm to her innocent personality. Her cute smile and attractive features make her adorable and loved by all. She is a Canadian born Pakistani RJ, host and actress. Ushna Shah is a graduate from York University and subsequently moved to Karachi along with her family. She started her acting career through drama serial Khudgarz and also hosted a radio show named Saanjha Aasmann on Radio Punjab in Canada. She also achieved the award of best emerging talent female in 2014 at 4th Pakistan Media Awards. She is widely acknowledged for her flawless acting in Bashar Momin. She looks like foreign celebrities and has passion for acting and prefers challenging roles. She is young, cute, and energetic and has an elegant and impressive personality and numerous fans admire her innocent beauty and stunning acting. Maya Ali is a beautiful and renowned Pakistani VJ, model and actress, who started her career as video jockey and started her acting career through brief role in drama serial Durr e Shahwar aired on Hum TV in 2012. She played her first leading role in drama serial Aik Naye Cinderella aired on Geo TV in 2012 and subsequently she appeared in some other dramas. She has glowing personality and pretty voice and all the shows in which she has performed have gone fabulous and hit. Her cute smile, pretty eyes and graceful personality are simply heart touching and captivating. This celebrity needs no introduction, she has the most innocent face and killing smile with lovely dimple. Sanam Baloch is a beautiful amalgamate of beauty and talent and has captivated numerous fans with her impressive acting and flawless beauty. She is multitalented and beautiful Pakistani television host and actress and has shown her amazing talent by performing in various drama serials and has performed every type of role whether it is sophisticated, serious or comedic. She is truly an elegant eastern beauty with polite nature and gorgeous personality. She is a skillful actress but her cute face with graceful personality attracts the individuals a lot. She has a bright and successful future in Pakistani industry and has achieved numerous awards because of her finest acting skills. Her cute dimple and polite nature makes her different from others. She married with a TV host Abdullah Farhatullah in 2014. The most beautiful Pakistani actress in 2015 is Ayeza Khan. She is a renowned Pakistani actress and model. She is cute, elegant and graceful actress and has cherished the hearts of millions of viewers through her outstanding acting and flawless beauty. Ayeza Khan started her career through modeling when she was of just sixteen years of age and then she came towards acting. In 2009, this talented actress showed her amazing acting skills in drama serial Tum Jo Miley, it was her first drama serial and was aired on Hum TV.