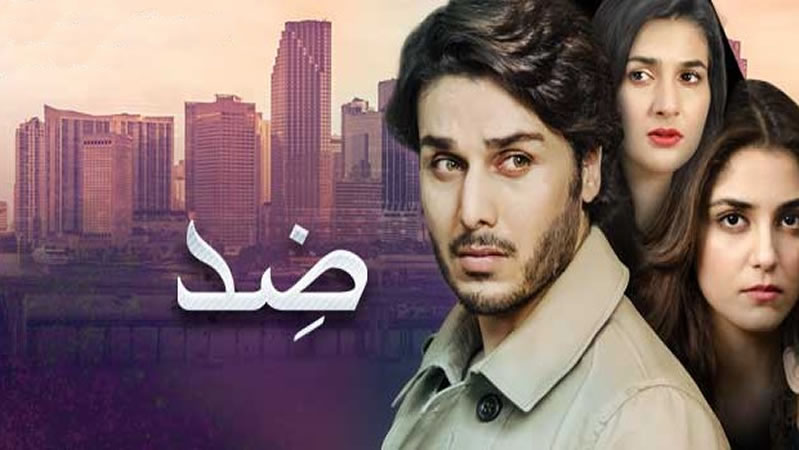 At the outset Zid promised to examine a modern marriage, which piqued our interest. While it floundered a bit, it still held our interest by showing us the different perspectives of all the key players.

Thought-provoking dialogues held up a mirror to our society and asked difficult questions that had no easy answers. A little further down the road however, it turned into the usual doosri biwiterritorial warfare, effectively transforming into one of the many serials to (dis)grace our TV screens. Not that the story was ever particularly uplifting but from contemplative and melancholic, it morphed into downright morbid.

What else would you call a drama where resolution for any of the conflicted characters was simply to make them drop dead?

We left off at a sinister turn with Rukhi (Rabab Hashm) missing on her wedding day. While there was tension in the partially non-linear narrative, and a sense of danger and mystery, there was a nice circularity to the storytelling. Earlier, when Rukhi went missing, she had eloped with her boyfriend David (Shaz Khan). This time, things were a lot more macabre.  Death has been a constant motif in Zid. The posters in Z’s (Nausheen Shah) apartment — from the blatantly obvious “All Men Must Die” to the subtler Heath Ledger ‘Joker’ posters in the background — made sure that death was always in the shadows. Saman (Maya Ali) constantly fretted about how Michel would batter Z to death, but it was he who died. Rukhi, who was safe at home with loved ones, fell to her tragic demise. Her father (Imran Peerzada), who couldn’t deal with the burden of guilt but had enough cold-blooded premeditation to bury her in his immaculately manicured backyard, ended his life as well. Rukhi’s search for independence as well as mature attempts to placate her father was an interesting setup to examine the ideas of marriage outside of ones’ community and religion. Uncle Qassim’s hypocritical stance and disapproval shielded by ideas of honour and tradition remained rigid and inflexible.

With Rukhi and Uncle Qassim’s murder-suicide, the strongest thread of the story snapped and there was little else to hold it together. While Zid questioned a forced marriage against one of choice, the idea of marrying outside one’s religion and daring to live life on one’s own terms, it ended up being an unlikely morality tale. It is a pity that the writer chose death over strained tensions and maybe even, acceptance. It almost felt like a moralistic death sentence – defy your parents and you will die, dare to live on your own and you will be rewarded with divorce and death or both. Bee Gul revels in blurring the lines between black and white portrayals and even her shades of grey never point fingers at others. Her well-honed perspectives usually give insight if not an explanation of her characters motives. Alas, all of that was missing in Zid. Also missing was any sort of directorial vision and visual imagery. This made it feel too word-y and heavy relying entirely on dialogue. In the end, Zid’s good premise was ruined by the ditacts of delivering a commercial product, which in turn left it drifting into a sea of mediocrity. More’s the pity.

FIA Summons Axact Boss With All The Record

FIA Summons Axact Boss With All The Record