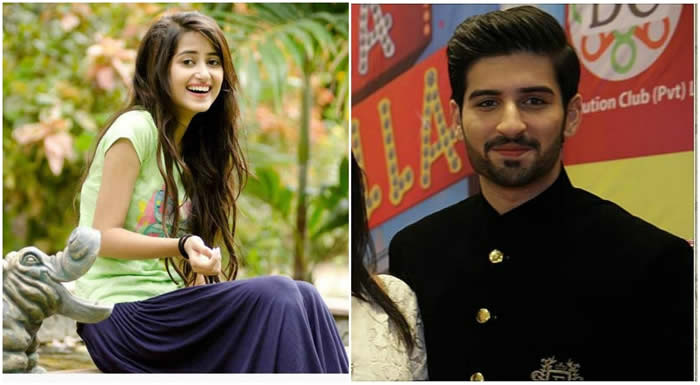 It was only a matter of time before television’s favourite damsel-in-distress, Sajal Aly, made her way to the big screen. And we hear she’s signed her debut film already.

The project titled Ishq 2020 is being produced by Crew Motion Pictures, the production house behind the movie Dukhtar.

Sajal Aly and Muneeb Butt — recently seen in Halla Gulla —will star in lead roles, whereas Sanam Chaudhry will also be appearing as a prominent character. Butt gives us some insight into the plot of the movie: “It’s like a hodgepodge of a number of different flicks such as the Ranbir-Deepika starrer Yeh Jawaani Hai Deewani and Jab We Met. I wouldn’t restrict it to one genre; there’s romance, action, comedy but at the heart of the story, there is a love triangle.”

The movie will be shot in many different parts of the country, including Lahore, Bhawalpur, Naraan, Kaghan, to name a few. He adds, “Since the movie revolves around two characters eloping and chronicles that journey, in the process, we see lots of different parts of the country.” Muneeb laughs, “Of course there’s an item song; a movie doesn’t work without any item number these days it seems. There’s a song in the movie, which will be shot at a palace, where two ranis have a dance-off so the team is in talks with Madhuri and Resham. Let’s see how it pans out!. Shooting for Ishq 2020 will begin next month and a tentative release date has been set for Eid-ul-Azha next year.

10 killed in US School Massacre