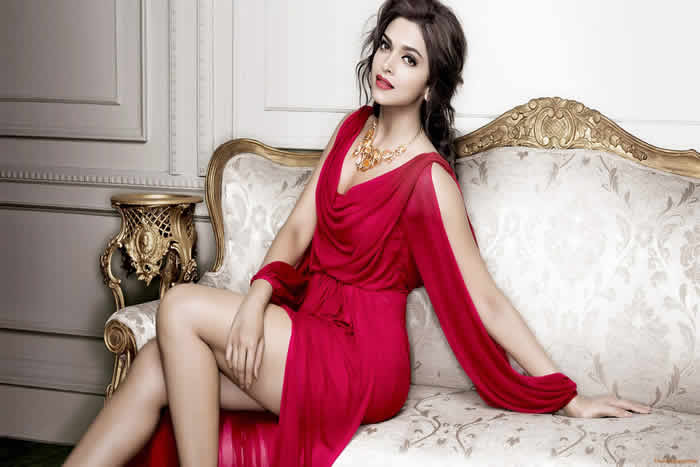 Actress Shailene Woodley was born in Simi Valley, California, to Lori (Victor), a middle school counselor, and Lonnie Woodley, a school principal. She has one brother, Tanner. She was educated at Simi Valley High School in California. When Woodley was four years old she began commercial modeling.

Jennifer Lynn Lopez was born in the Castle Hill section of the South Bronx on July 24, 1969. She is the middle of three musically-inclined sisters, Leslie Lopez, a homemaker, and Lynda Lopez (aka Lynda Lopez), a DJ on New York’s WKTU, a VH1 VJ, and a morning news show correspondent on New York’s Channel 11.

Deepika Padukone, born 5 January 1986 in Copenhagen, Denmark, is an Indian model & Actress. She is the daughter of former badminton Champion Prakash Padukone.

Candice Swanepol is a South African model. In 2012, she came in 10th on the Forbes top-earning models list.

Emma Charlotte Duerre Watson was born in Paris, France. She moved to Oxfordshire when she was five, where she attended the Dragon School. From the age of six, Emma knew that she wanted to be an actress and, for a number of years, she trained at the Oxford branch of Stagecoach Theatre Arts.

Gal Gadot is an Israeli actress and model. She was born in Rosh Ha’ayin, Israel, to an Ashkenazi Jewish family (from Poland, Austria, Germany, and Czechoslovakia). She served in the IDF for two years, and won the Miss Israel title in 2004. Gal began modeling in the late 2000s, and made her film debut in the fourth film of the Fast and Furious franchise.

Taylor Swift is a multi-Grammy award-winning American singer/songwriter who, in 2010 at the age of 20, became the youngest artist in history to win the Grammy Award for Album of the Year. In 2011 Swift was named Billboard’s Woman of the Year. She also has been named the American Music Awards Artist of the Year.

Read More: 5 Pakistani Actresses Who Got Married At Young Age

Priyanka Chopra was born 18th July 1982 to the family of Capt. Dr. Ashok Chopra and Dr. Madhu Chopra. She had a very varied upbringing. She started her education at La Martinière Girls College in Lucknow as a resident student; a short stay at Maria Goretti College in Bareilly prepared her for further studies in the USA.