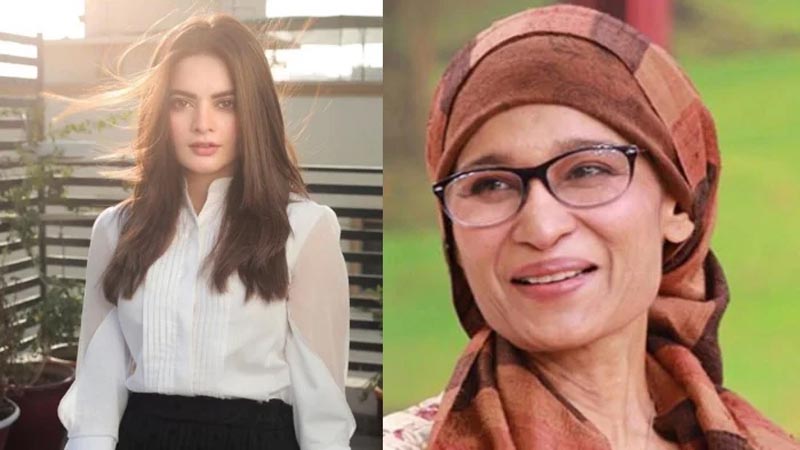 Minal Khan voice her support to veteran actress Naila Jaffery, who demanded that stars be paid royalties for TV dramas that repeat on air.

Taking to Instagram, the stunner shared a simple message which was a photo with the hashtag #GiveRoyaltiesToArtists.

Her post comes after the veteran actress, in a video message from a hospital, had appealed for royalties from her dramas so that she could pay for her cancer treatment.

Naila’s plea sparked conversation in the industry and famed Pakistani scriptwriter Anwar Maqsood opened up about how she turned to him for help, asking him to write her a play so that she can pay for her treatment.

Her video gained traction as Sindh Minister for Culture, Tourism, and Antiquities Sardar Ali Shah announced treatment for her at Sindh government’s expense.

In a statement, the minister said his department would bear all treatment expenses of the veteran actress, who has been battling cancer since 2016.