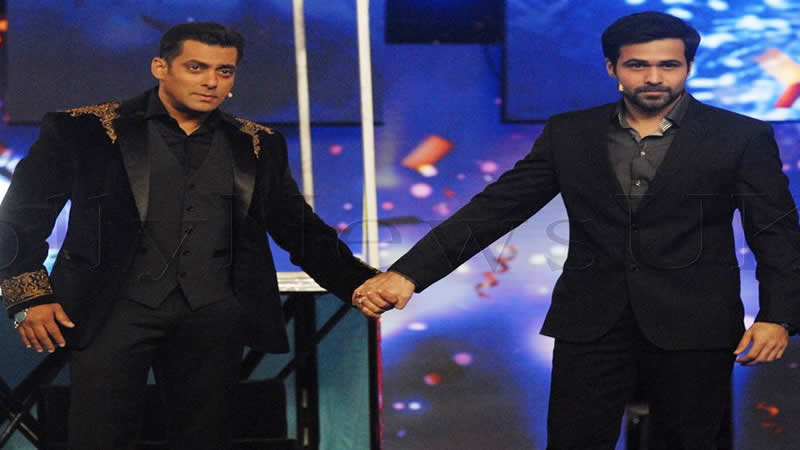 It’s 2021 and Bollywood still can’t seem to get over its obsession with portraying Pakistanis as villains. Or at least that seems to be the case with Salman Khan and Katrina Kaif’s upcoming installment in the Tiger franchise. Earlier, it was reported that Bollywood’s serial kisser Emraan Hashmi had been roped in to play the antagonist in the third part of the Salman and Katrina’s untitled Tiger film.

According to Pinkvilla, the Gangster star is now all set to play Salman’s Pakistani counterpart. “Emraan Hashmi plays the role of a Pakistani agent, who is pitted against the RAW official, Tiger played by Salman Khan. It’s essentially Tiger vs Tiger. For instance, Emraan as Pakistan’s answer to Tiger aka Avinash Singh Rathod.”

A source close to the film revealed to the publication, “If you heard the late actor Girish Karnad say, ‘yeh kaam sirf ek admi kar sakta hai, Tiger (Only one man can do this task, Tiger)’ it’s time to be introduced to the toughest and the only person who can play a nemesis to Tiger – Pakistani agent, Emraan Hashmi.” The insider added, “Emraan’s character is said to be street smart and badass, with all traits that a suave agent commands, who gets into an ideological battle with Tiger. His look is also far off from the negative leads we have seen. In fact, it’s as stylish as it gets.”

The source continued, “You may hear a top Indian official calling the rogue agent, Tiger, back on mission by probably saying something on the lines of Tiger ko rokne ke liye, Tiger ko wapis lao (To stop the Tiger, you have to bring the Tiger back).” However, this raises the question of what will happen to Katrina’s character, who had also essayed the role of a Pakistani agent in the previous films.

As per the report, the starlet’s character had gone rogue by the end of the last film and was on the run with Salman’s. “Well, wait and watch. Being a Pakistani Agent, her character has a terrific arc in Tiger 3, and the cards will be opened at the right time. But watch out for Zoya’s track in Tiger 3,” the source went on.

Produced by Aditya Chopra, Tiger 3 is said to resume shooting in June of this year. The film is touted to be the biggest action event of Hindi cinema, with a budget of around INR3.5 billion.