A few days back, while being quarantined, Singer Atif Aslam released a video of delivering the ‘Azaan’ in his mesmerizing voice which was highly praised and loved by his fans. 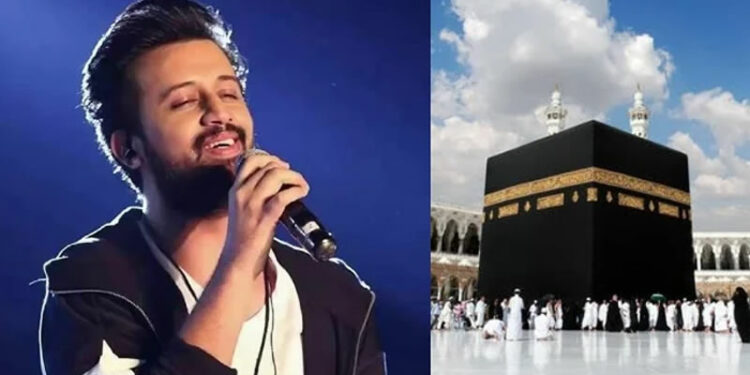 Speaking on a private TV program, Atif Aslam expressed his desire to deliver Azaan at the Holy Ka’aba.

In response to a question, the singer said, “I am trying to keep both the religion and the world. I am human, human beings make mistakes.”

When asked about quitting his career, Atif responded, “I am not going to quit music. There is no such thing in my mind to quit my career.”

He said that I always pray to have such a chance to be the voice of Masjid-ul-Haram. I am ready to work for the person for the rest of my life whoever does the favor to recommend this for me.

Earlier, Atif Aslam had now performed in a special track released by Coke Studio, reciting the 99 names of Allah.

His mesmerizing voice is the major reason which makes the track worth to listen. Fans all over the world had fallen in love with his tremendous recitation.

Zulfiqar “Xulfi” Jabbar Khan produced the three-and-a-half-minute track, while it had been directed by Asim Raza.