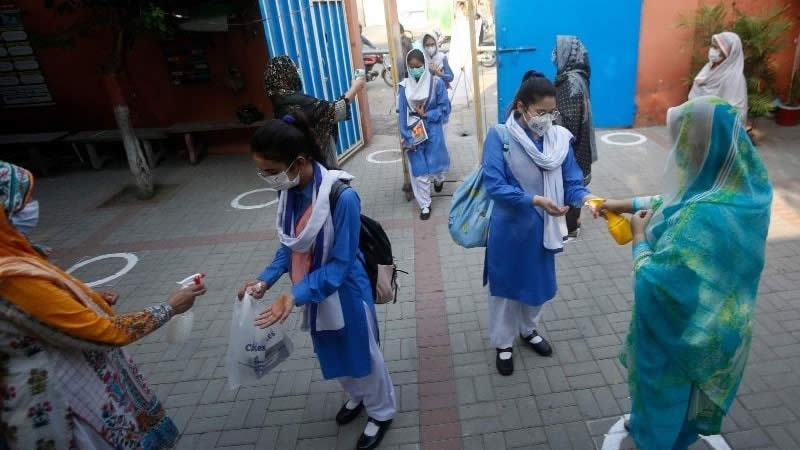 The National Command and Operation Centre called a meeting on Wednesday to discuss the fate of educational institutions after coronavirus cases in schools rose.

Federal Education Minister Shafqat Mahmood said that all provincial ministers will be attending the meeting to work on the future strategy regarding schools.

“The virus is not the same as it was in November and December but we have seen a rise in cases over the week,” he said.

In a meeting on Monday, the forum discussed the reopening of cinemas, indoor weddings and dine-in restaurants, which were expected to be allowed with effect from March 15.

On Wednesday, 43 people lost their lives from the virus while 1,786 new cases were reported countrywide. The highest number of cases were recorded in Sindh followed by Punjab.
Pakistan schools and coronavirus

All educational institutions across the country were closed in late February 2020 after coronavirus cases began to rise. They were reopened in phases starting September 15, 2020.

On November 23, 2020, after the second wave of coronavirus cases hit the country, the government announced that all educational institutions would close again from November 26,2020.

Classes were taken online till December 24, 2020, and winter vacations started from December 25, 2020, and were supposed to last till January 10. The government said it would hold a meeting to review the decision to reopen schools on January 4.

The NCOC then decided that schools would reopen in phases with classes nine to 12 being the first to reopen on January 18.