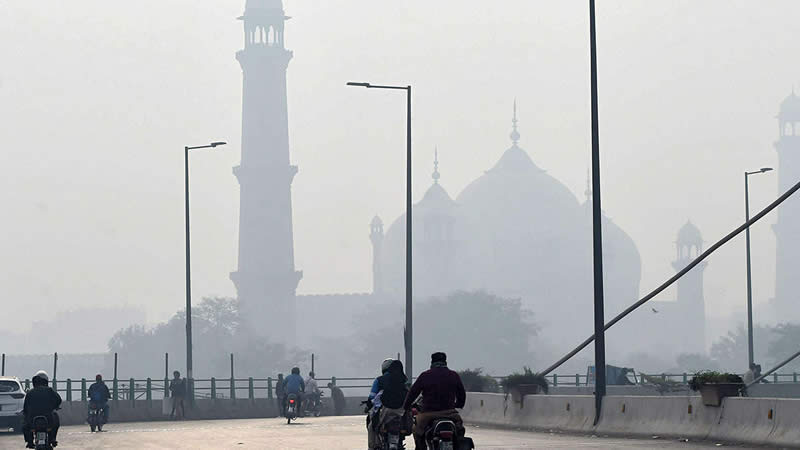 It has five times WHO’s recommended level of PM2.5

Bad news for Pakistan on the climate front. We are the world’s second most polluted country, according to a new report by the global air quality data platform.

The most polluted country is Bangladesh. India is the third among the 106 countries monitored.

Last year, the PM2.5 concentration in Pakistan was five times above the Word Health Organisation’s recommendation. PM2.5 is particulate matter (PM) that is smaller than 2.5 micrometers. These tiny particles in the air we breathe are responsible for most lung diseases, heart diseases and cancer. Particulate matter includes dust, dirt, soot, smoke, and liquid droplets.

The WHO target is 10µg/m³. Pakistan’s current measurement is 59, which falls in the unhealthy category.

“Pakistan has shown numbers that have come in very poorly in the past, with many of its megacities creating vast amounts of smoke, haze and deadly smog that permeates the air,” the World Air Quality Report 2020 says.

Major sources of pollution in Pakistan are:

Air pollution kills around seven million people worldwide every year, according to the WHO.

More than 20% of deaths in Pakistan can be linked to the negative impacts of air pollution exposure, IQAir says.

Experts say that the air in the country can be lethal for people with asthma and result in healthy children developing the disease.

PM2.5 can also enter the blood causing heart issues such as ischemic heart disease, stroke, heart attacks, arrythmias, as well as damage to the blood vessels and filtration organs such as the liver.
COVID-19 and air pollution

The COVID-19 pandemic brought about a temporary improvement in the air quality levels worldwide.

“Many parts of the world experienced unprecedented, but short-lived, improvements in air quality in 2020, as restrictions related to the COVID-19 pandemic caused a steep drop in fossil fuel consumption,” said Lauri Myllyvirta, lead analyst at the Centre for Research on Energy and Clean Air (CREA), who also contributed to the report.

“This improved air quality meant tens of thousands of avoided deaths from air pollution. By transitioning to clean energy and clean transport we can realize the same improvements in a sustained way.”

An early study, however, shows that between seven and 33% of deaths from COVID-19 worldwide can be linked to long-term air pollution.

These deaths may have been prevented by reducing human-made air pollution, IQAir concludes.