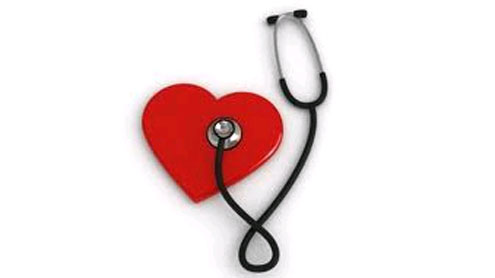 King Saud University and St. Michael’s Hospital have received their first joint US patent to use the BRCA1 gene as a therapy for cardiovascular disease.

Dr. Mohammad Al-Omran, a vascular surgeon at King Saud University, and Dr. Subodh Verma, a cardiac surgeon at St. Michael’s Hospital in Toronto, were named as inventors on the US patent issued on Feb. 7.Al-Omran, who is an associate professor and consultant vascular surgeon at KSU, is widely published in many respectable peer-reviewed journals such as the New England Journal of Medicine, PNAS, JBC, Circulation and Nature Communication.

“This is an important initial step in implementing this innovative treatment for cardiovascular diseases. The treatment is still experimental and in the animal phase, so the next step is to move from the experimental phase to application on patients through more research processes that will take several years,” Al-Omran told Arab News, underscoring the significance of this research.

Al-Omran explained the idea behind this research was conceived about seven years ago when he was in his general surgery training at University of Toronto working with breast cancer patients.“I asked myself the following. Since a significant number of breast cancer patients who receive the chemotherapy drug Doxorubicin suffer from heart failure, and it is established that the tumor suppressor gene BRCA1 is mutated in up to 50 percent of inherited breast cancers, is there a relation between heart failure and the mutated BRCA1 gene?”

This question launched the research that Al-Omran and Verma undertook where they experimented on mice by removing the BRCA1 gene and administering Doxorubicin.This resulted in heart failure, while reinserting the gene minimized and treated the effects on the mice’s hearts. The research proves BRCA1, which normally suppresses the growth of breast and ovarian tumors, also protects the heart. More experiments took place and showed further findings that relates the use of this gene to the prevention and treatment of cardiovascular diseases.

Al-Omran, who is focused on risk reduction and prevention of cardiovascular diseases despite being a surgeon, added: “Cardiovascular diseases is the leading cause of death worldwide, and this research will pave the way for developing therapies that treat and prevent these diseases. This will also be potentially useful for prevalent conditions such as hypertension and diabetes among others.”

When asked about the future of research in Saudi Arabia, Al-Omran lauded King Saud University for its strategic research programs such as the Research Chairs Program, International Twinning Program, and Attracting Outstanding Faculty and Researchers Program.She added this patent is the embodiment of the university’s vision of harnessing the benefits of international collaboration in research and education that will ultimately speed up information and technology exchange and the transfer of medical discoveries from the laboratory bench to patients’ bedside.

More than 50 percent of our postgraduate medical trainee and students abroad are already enrolled in formal research programs such as Master’s and Ph.D, programs alongside their clinical training,” said Al-Omran.He said he intends to continue his research on the BRCA1 gene in order to move on from the experimental phase to the application of the therapy on patients after going through the necessary experiments and ethical approval. – Arabnews