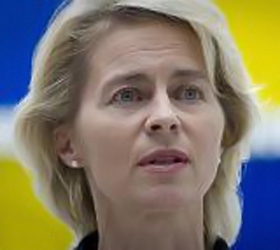 German Labor Minister Ursula von der Leyen says that criticism of new welfare reforms, which will see a minimal rise in welfare payments, is unjustified. Opposition parties claim the package will make the poor poorer.  German Labor Minister Ursula von der Leyen has defended a minimal rise in welfare payments against sharp criticism from opposition parties and trade unions. “The rates are very fair,” she told the daily Bild newspaper, following criticism of a rise of 5 euros ($6.70) a month which had been agreed by the coalition on Sunday. Currently, Germany’s 6.5 million “Hartz IV” welfare recipients receive up to 359 euros per month. “The Federal Statistical Office analyzed what people on low earnings were able to spend each month,” said von der Leyen, citing sales staff, janitors and hairdressers as examples. “The calculations show accurately what the subsistence level is.”

‘Bad news for welfare recipients’
Trade unions, as well as opposition parties such as the Social Democrats and Greens, have warned that the rise is not enough and means that the poor will drift deeper into economic difficulties.

However, Christian Democrat von der Leyen said that welfare rates had to be compared with lower level incomes in the working population. “Whoever demands that Hartz IV should be higher must justify it by looking at the statistical data, compared with employees who work full time,” said the minister. “Those employees pay for Hartz IV through their taxes and, in the end, many of them do not have much more money to spare [than Hartz IV recipients].”

No tobacco and alcohol allowance
Von der Leyen defended the fact that the Hartz IV would no longer provide an allowance for alcohol and tobacco. While provision for basic needs was “sacrosanct,” she said, such products did not fall into this category.

The minister argued that any attempt by opposition parties to block the reforms in Germany’s upper house – the Bundesrat, where the ruling coalition has no majority – could not be justified.

Monthly benefits for children are set to remain the same at 215 euros, 251 euros and 287 euros for children under age six, aged six to 14 and 14-18, respectively. However, the reforms include plans for “non-cash” benefits, such as a chip card that gives needy children access to educational and recreational services – dw-world