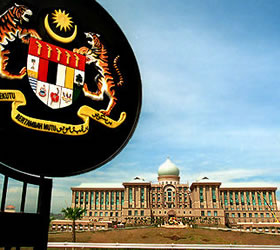 The Malaysian government has agreed to sell its stake in a huge dam project on the island of Borneo to the state of Sarawak.

Cabinet officials said Tuesday that federal authorities are negotiating with Sarawak officials on the price for the giant Bakun dam. Reports from Kuala Lumpur say the federal government is seeking about $2.6 billion, while the government of the impoverished state is offering less than $2 billion. The Bakun hydroelectric project, the largest of its kind in Southeast Asia outside China, was intended to help supply electricity to peninsular Malaysia. The controversial project has faced delays and setbacks since it was approved in the early 1990s.
Environmentalists have fiercely opposed the construction of the 2,400 megawatt dam, which will flood an area the size of Singapore. Sarawak is one of the two Malaysian states located on the island of Borneo. The southern two-thirds of the island belongs to Indonesia – Voanews