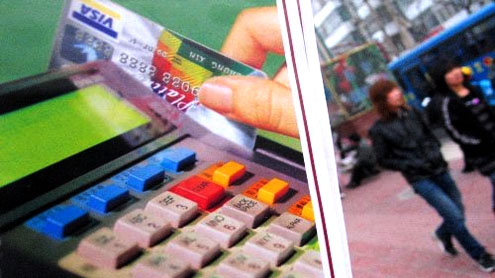 Russian President Dmitry Medvedev has introduced the e-card for Russians to use for cash-free payments on nearly all goods and services.All Russians at least 14 years old will be issued one card to replace the numerous others that many now carry, including student IDs, medical and pension cards, and subway tickets.Mr. Medvedev Monday called the new e-card a “radical elevation of the digital culture” that will better protect Russians. He ordered officials to have the new card ready for use by January 1.A consortium of Russian banks is expected to pick up the bill for the new e-card system, which is expected to cost more than $5 billion.Officials are assuring skeptical Russians afraid that their personal financial data could be hacked that the new card will be secure – Voanews

Reconciliation - the most viable way to move forward: President