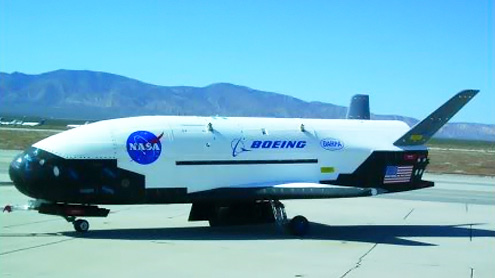 LOS ANGELES – The Air Force is preparing to send a second version of its secretive X-37B Orbital Test Vehicle into space.

The unmanned craft resembling a tiny space shuttle is to be launched aboard an Atlas 5 rocket from Cape Canaveral Air Force Station, Fla.

The launch window opens at 3:39 p.m. EST Friday but weather could cause delays.

The first X-37B, built by Boeing’s Phantom Works in Southern California, was launched last April and autonomously landed itself in December at Vandenberg Air Force Base, Calif. The Air Force said the primary purpose of the flight was to test the craft but it hasn’t revealed what it intends to do with the plane’s capability.

The Air Force says the second mission is for further testing. The landing will again be in California – Yahoo news