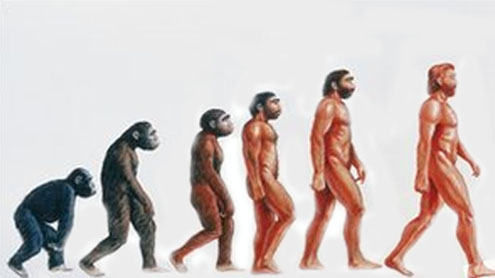 An imam has retracted statements about evolution and the right of Muslim women not to cover their hair after death threats were made against him.Dr Usama Hasan, a science lecturer, has voluntarily suspended his role in taking Friday prayers at Leyton Mosque in east London.He said he went too far in the way he defended the theory of evolution.He acknowledged many British Muslims believe in creationism, adding that he intended only to begin a debate.Dr Hasan – a senior lecturer at Westminster University trained in physics and engineering – used an opinion piece on the Guardian newspaper’s website in 2008 to suggest Darwin’s theory of evolution was not incompatible with the teaching of Islam.

He wrote that there were many Muslim biologists who had no doubt about the essential correctness of evolutionary theory and he added: “Many believers in God have no problem with an obvious solution: that God created man via evolution.”‘Obscuring clear scientific thinking’Dr Hasan wrote: “Snazzy websites, videos and books produced by fundamentalist Muslim ‘creationists’ such as those at www.harunyahya.com, are obscuring clear scientific thinking.”He also wrote: “One problem is that many Muslims retain the simple picture that God created Adam from clay, much as a potter makes a statue, and then breathed into the lifeless statue and lo! it became a living human.”This is a children’s madrasa-level understanding and Muslims really have to move on as adults and intellectuals.”

In a separate article he claimed the requirement for women to cover their hair in public was cultural in origin, and that British Muslims should have the choice.The BBC’s Religious Affairs Correspondent Robert Pigott said his remarks three years ago have led to fatwas denouncing him from Muslim scholars in several countries.More recently, it was reported that he was subjected to death threats when he delivered a lecture in January and that a leaflet campaign had been mounted against him.Dr Hasan, who is vice chairman of Leyton Mosque – which houses one of the country’s largest sharia courts – has agreed he went too far in suggesting that the Adam of the creation story would have had human parents – BBC