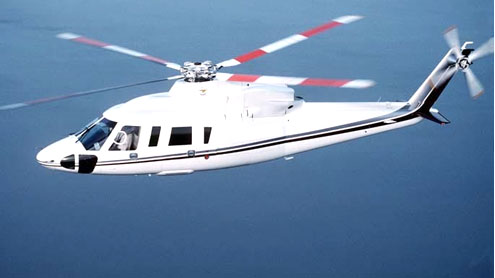 MUMBAI: The Maharashtra government will own a Sikorsky S76-one of the costliest helicopters-by June.Currently there are five Sikorsky S76 helicopters owned by private entities in the country.However, this purchase will be the first one by a state government. The Maharashtra government has signed a contract for the purchase of the S-76C++ prototype for VIP movement, said a Sikorsky spokesperson on Monday.The helicopter, which will cost the government about Rs 55 crore ($12.2m), has seating for 12, the official added. DB Realty’s Eon Aviation, Futura Travels, Hiranandani Aviation own this helicopter, while Reliance Commercial Dealers owns two of them. “The state government has chosen the S-76C++ helicopter after open and rigorous competition,” said Air Vice Marshal (retired) Arvind Walia, Sikorsky’s managing director for South Asia.He added, “This aircraft is recognized for its safety, performance, efficiency and comfort. We look forward to delivering this aircraft before the end of the year.”The S-76C++ helicopter’s features include an inlet barrier filter to protect the engine against erosion and a quiet main gearbox that significantly reduces noise levels inside the chopper – TOI