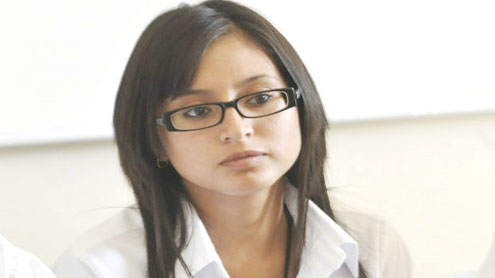 Mexico’s youngest police chief, Marisol Valles Garcia, has fled to the US after apparently receiving death threats, immigration officials have confirmed.Ms Garcia attracted worldwide attention last year when she became police chief of a border town plagued by drug-related violence because no-one else dared take the job.She is now seeking asylum in Texas after fleeing across the border.Ms Garcia was sacked from her post on Monday for being absent without leave.The 20-year-old criminology student was hailed as Mexico’s bravest woman in October when she became head of public security in the border town of Praxedis G Guerrero.The town is in the Juarez Valley in Chihuahua state, a battleground for drugs cartels fighting over lucrative smuggling routes into the US.Local police and officials in the region have been frequent targets for attack despite a large military presence. At the time of her appointment, she told the BBC she was accepting the role despite the risks involved because she felt Mexican citizens had a responsibility to try to improve security.Praxedis is close to Ciudad Juarez, Mexico’s most violent city, where more than 3,000 people were killed in drug-related violence in 2010 alone – BBC