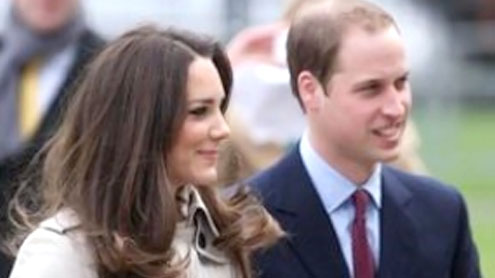 LONDON: Fifty days and counting down. Behind the scenes hundreds are hard at work to make sure the April 29 royal wedding is a day to remember — not just for Prince William and Kate Middleton, but for the country.As the date nears, the machinery that makes a British royal event look, smell and sound like nothing else is kicking into gear.It is also around this time that the couple will start thinking about how the service will go — and in the case of Kate and William, it may be the time it dawns on them that billions worldwide will watch them as they stand at the altar, said wedding planner Sarah Hayward.”Around the 50-day mark is quite a dangerous time for a couple planning a wedding,” Hayward said. “Generally it’s been pretty frenetic up to that point and because it is a point at which things should be done — because it is a dotting of i’s and crossing of t’s moment — (it) means there’s time to actually think about things and possibly panic.”

Events on this scale are planned to the second, but many of the arrangements are carried over from one big event to another. The people behind the clipboards will have access to the plans for big events — such as Prince Andrew’s 1986 wedding to Sarah, Duchess of York at the Abbey and the funeral for the Elizabeth, the Queen Mother.Nonetheless, palace staff, members of what is known here as the Royal Household, are doing things that any wedding planner might do — though with the added task of worrying about how many seconds should pass between the carriages.”Probably the least busy will be Kate and William themselves,” said Hugo Vickers, a royal historian. “You can be quite certain there will be a mass of things going on.”Among tasks will be chasing RSVPs from anyone with the temerity not to answer right away. Based on who is coming and who isn’t, that will then lead to the protocol-fraught job of making sure that reigning monarchs — like the King of Norway — get a better seat than, say, a deposed monarch, like the ex-king of Romania. Sometimes it gets tricky with politicians who, while more powerful, might not rank high enough to sit up front.

Then there is The Dress — it is likely a designer has been chosen, but there must be repeated fittings to make everything perfect, and choices made about crucial accessories, including the possible use of a jewel-laden tiara.Hayward said this is the moment to make sure everyone involved in the wedding knows where they are meant to be and when — a bit like a running order for a television program. The analogy is apt, since the television camera will be the most important guest, beaming the event to the world.”This is the point at which caterers and florists need to start ordering in the things that you want,” she said. “It’s no good deciding the week before your wedding that you want pink peonies, if they haven’t been ordered in, so it’s detail.”Though the royal family can probably get any flower it wants at a moment’s notice, attention to detail is what makes a big British event different from those held in other countries, Vickers said.He described a moment during the funeral held for President Ronald Reagan in which television cameras captured a vehicle backing up, together with an audible “beep, beep beep” that was reminiscent of a delivery truck.

“That wouldn’t happen here,” Vickers said.At least, everyone hopes not. But part of what the British royals do really well is plan a big event. The carriages will be polished. Their timing will be practiced. The security details will be precise. As they say here, the staff planning will just get on with it, as they’ve done many times before.Stories from past weddings — such as that of Princess Diana and Prince Charles in 1981 — offer a small window on the number of details. The couple are likely to rehearse — and rehearse some more. The smallest movements will be timed to the second.Vickers said the late Sir John Johnston, the comptroller of the Lord Chamberlain’s office — also known as “Stopwatch Johnnie” — remains legendary for keeping everything running to plan. In one famous moment, Vickers recounts how Johnston told the late Prince Diana she needed to pause during the procession into St. Paul’s Cathedral so there would be a gap between other participants and her entrance.”You’ve been telling me that for four months,” Diana reportedly told him. “But what you haven’t told me is how I look.””You look wonderful,” he is said to have replied. “Off!”And upon her pause, she gracefully floated down the aisle.So watch for the Middleton pause. It’s part of the plan – Yahoonews