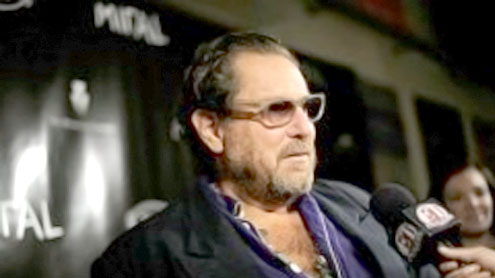 UNITED NATIONS: Israel has complained to the United Nations for allowing the US premiere of a controversial film on the Israeli-Palestinian conflict at the UN headquarters.A red-carpet showing of “Miral” by award winning American-Jewish director Julian Schnabel will be held at the UN General Assembly hall on Monday.The film is based on an autobiographical novel by Palestinian journalist Rula Jebreal that traces the Arab-Israeli conflict after 1948 from a Palestinian perspective. The lead role is played by Indian actress Freida Pinto of ” Slumdog Millionaire” fame.”This is clearly a politicized decision of the UN, one that shows poor judgment and a lack of even-handedness,” Israel’s mission to the UN said in a statement which called on General Assembly president Joseph Deiss of Switzerland not to host the event in the headquarters.General Assembly spokesman Jean-Victor Nkolo denied there was any “political link” to the film, which is a French, Israeli, Italian, Indian co-production.”It is just a venue,” he said. “Several films have been shown at the UN.”But Haim Waxman, Israel’s deputy ambassador, said: “We are not aware of any other films with such contentious political content that have received this kind of endorsement from the president of the GA.”The premiere of “Miral” comes as the UN steps up condemnation of Israel’s renewed settlement activity in the Palestinian territories which it says is blocking direct peace talks.And the film is unusual because of the involvement of Schnabel, an American Jew, who won the best director award at the Cannes film festival for “The Diving Bell and the Butterfly” in 2007.Schnabel and Jebreal and stars from the movie — shot in Israel and the West Bank — will be at the premiere to be attended by several UN mission chiefs.

“Obviously it’s a Palestinian story, but it’s very important that an American Jewish person tell a Palestinian story,” Schnabel, 58, said in an interview with AFP last year just before “Miral” was shown at the Venice film festival.Like Jebreal, Miral grew up in an orphanage in East Jerusalem set up by a Jerusalem socialite from a wealthy Palestinian family, who one morning in 1948 came across 55 children who escaped a village taken over by radical Jewish militants.Adapted with the author, Schnabel’s film traces the lives of these two women from the establishment of the orphanage until the Oslo peace accords of 1993.”The whole point is because I’m an American Jew, and that’s why it touched me because it’s a big part of my life,” Schnabel said.”It’s important for Muslims to hear that, it’s important for Jewish people to hear that, and for Israel and for people everywhere,” said Schnabel.The film is being distributed in the United States by Harvey Weinstein, the celebrated Jewish-origin film mogul – TOI