Online readership in US overtakes newspapers 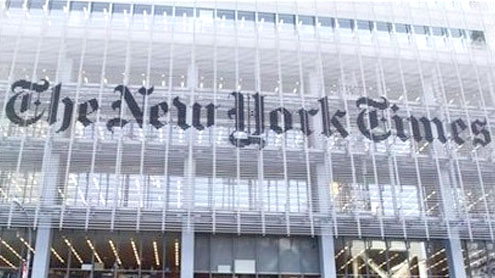 NEW YORK: For the first time, online readership and advertising revenue in the United States has surpassed that of print newspapers.The State of the News Media report from the Pew Research Center’s Project for Excellence in Journalism showed that more people — 46 percent of Americans surveyed — said they get news online at least three times a week, versus 40 percent who said they get their news from newspapers and their websites.“The migration to the Web is accelerating,” said Tom Rosenstiel, director of the Project for Excellence in Journalism. “The quick adoption of the tablet (computer) and the spread of the smartphone is only adding to that.”The latest findings show that newspapers suffered not only from the economic downturn when advertisers snapped shut their wallets, but that more people are choosing to go online for news and information and advertisers are following them.

Newspaper companies such as Gannett, The New York Times and McClatchy are still reporting declines in advertising revenue when other media such as television are enjoying a rebound in ad sales.“A challenge for news organizations is that much of this online ad spending, 48 percent, is in search advertising, little of which finances news,” according to the study.Newspapers felt that impact over the last decade resulting in shrinking staffs including reporters and editors. Newsrooms are currently 30 percent smaller than they were in 2000, the study said.To make up for lost advertising revenue and fewer people reading copies of print papers, newspapers are beginning to charge for online access to their websites.The New York Times, for instance, is preparing to start charging for some of its content later this quarter.However of the three dozen newspapers that have moved to some sort of online pay model, only 1 percent of users opted to pay.Twenty-three percent of those Americans surveyed said they would pay $5 a month for an online version if their local newspaper ceased to exist – Khaleejnews