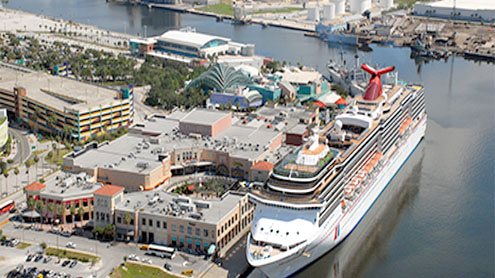 Officials with the Port of Tampa in Florida say they are hoping to begin ferry service from the city to Mexico’s Yucatan Peninsula and Cuba in the coming months.Officials say the port is in talks with two groups interested in beginning passenger service to both Latin American countries. They also say the first trips could begin by the end of this year or in early 2012.

One of the interested companies has been identified as United Caribbean Lines of Orlando, Florida, which is seeking approval from the U.S. government to provide service to Cuba.The U.S. does not allow ferry service to communist-led Cuba now.Last week, U.S. authorities approved eight additional airports to schedule charter flights to and from Cuba. One of those was Tampa’s airport. Previously, such flights only were allowed from New York’s JFK airport as well as the international airports in Miami and Los Angeles.U.S. President Barack Obama has eased restrictions on travel and money transfers by Cuban-Americans to family members in Cuba, but said the long-standing U.S. embargo would remain in place until Havana takes steps toward democracy.The United States and Cuba do not have formal diplomatic relations. They have interests sections that are technically part of the Swiss embassies in each other’s capitals – Voanews