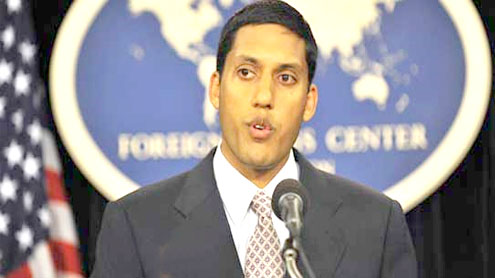 The head of the U.S. Agency for International Development is warning that proposed Republican budget cuts to the agency would be “absolutely devastating.”Rajiv Shah appealed to Congress’ House Foreign Affairs Committee Wednesday against plans to slash $120 million from agency’s budget.Shah said USAID would have to severely cut back programs that stop food riots and malaria outbreaks. He said the cuts could wind up costing the United States more money because he said the military would have to take care of crises that civilian humanitarian workers now tackle.Republican representatives say they do not want to stop helping, but that people have to realize that the United States is broke.Foreign Affairs Committee chair Ilena Ros-Lehtinen said it is just not feasible to keep increasing America’s foreign aid budget when U.S. cities and states are in debt – Voanews