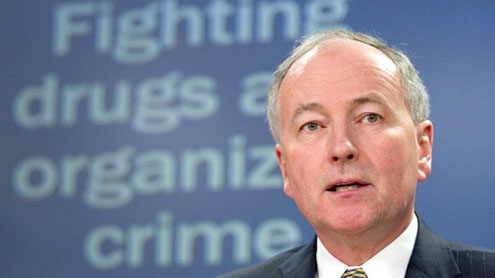 OTTAWA: The Canadian government’s uncertain hold on power looked less secure on Wednesday when opposition legislators said they were leaning toward slapping it with a formal contempt ruling.That could pave the way for a nonconfidence motion next week, when the minority Conservative government is already looking at three separate parliamentary votes that could bring it down.

Although polls show the Conservatives would easily win reelection, opposition parties are confident they can focus on a number of ethical problems facing the government.Last week, House of Commons Speaker Peter Milliken issued a rare rebuke to Ottawa for refusing to say how much it would spend on new prison cells as part of a tough-on-crime agenda.A parliamentary committee grilled two cabinet ministers about the case on Wednesday and opposition legislators, declaring the answers to be unsatisfactory, said they were closer to ruling the government was in formal contempt.”They’re deliberately not telling us what we need to know about the whole cost of their crime agenda … we’re incrementally, hour by hour, getting closer to a finding of contempt,” said Pat Martin of the left-leaning New Democrats.

The committee, dominated by the opposition, has the power to deliver a formal contempt ruling — effectively a motion of nonconfidence — to the House of Commons next week. Legislators would then be asked to vote on the ruling.The minority government, which needs the support of one opposition party to pass crucial legislation, will present its budget on March 22.The first vote on the budget is likely to come next Friday, the same day that the House is due to vote on separate government spending plans. The Liberals, the biggest opposition party, could also present a nonconfidence motion on Wednesday.If the government loses any of the votes it will fall and a five-week election campaign would start. The Conservatives won election with a minority government in early 2006 and retained power in the October 2008 election, with another minority.

The NDP’s Martin was speaking after Justice Minister Rob Nicholson and Public Safety Minister Vic Toews arrived at the committee with hundreds of pages of data on prison spending.”People who really want to know this information should be satisfied,” Nicholson later told reporters.Liberal David McGuinty said the documents provided had not been nearly enough.”In no way is this performance going to satisfy (our) demands,” said McGuinty, demanding the two ministers return on Thursday for the second day of committee deliberations.On Friday, the committee will discuss a separate rebuke that Milliken delivered to International Aid Minister Bev Oda for misleading legislators.This week police were called in to investigate allegations of political interference by a former aide to one cabinet minister. Last month, four senior Conservative officials were charged with violating financing rules during the 2006 election campaign that brought the party to power – Yahoonews