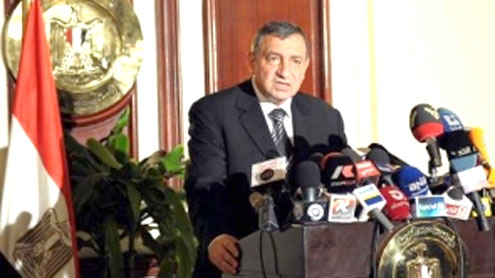 CAIRO: Egypt’s army-backed interim government sacked several state newspaper editors and officials on Wednesday, a move long awaited by protesters who ousted President Hosni Mubarak and demanded a purge of state media.Government-owned media played down the scale of the protests that inspired a series of uprisings across the region. For a while they condemned the demonstrators as agents of Iran and Shi’ite guerrilla group Hezbollah, or simply as vandals.State newspapers and broadcasters changed their reporting after Mubarak handed power to the military on Feb. 11 but many editors stayed on, irking reformists who have demanded more than just cosmetic changes in state institutions.Osama Saraya, a member of Mubarak’s National Democratic Party (NDP) who is seen as one of the former president’s staunchest allies, was sacked on Wednesday as editor-in-chief of the country’s most widely circulated newspaper, al-Ahram.Dozens of pages on social networking sites had campaigned for a boycott of the paper, founded in 1875, until Saraya stepped down.

He was replaced by Abdel Azim Hamad, the former editor of an independent newspaper and an al-Ahram veteran who is a prominent political commentator.Hamad was one of 18 newspaper editors and senior managers appointed in the reshuffle that affected six major state media publishing houses, newspapers and the country’s news agency.“The restructuring of Egypt’s media sector comes along with the spirit of change and as a response to the demands of the current phase Egypt is witnessing,” Prime Minister Essam Sharaf said in a statement.The statement said Egypt was working to build a free, democratic society based on social justice. Media played an “important role in this precise phase”.State media was a pillar of Mubarak’s three-decade rule, reporting in detail the doings of the NDP, applauding government policy at home and lauding the former president’s efforts to achieve Middle East peace.Egyptian state media employ 46,000 people in their Cairo headquarters alone and include more than a dozen terrestrial and satellite channels, at least as many radio stations and some two dozen state newspapers and magazines.Egypt owns a major satellite company, Nilesat, and has a stake in another, Arabsat. It cut the signal of Qatar-based Al Jazeera television early on during the protests.Several state TV presenters walked off the job in protest at what they called biased coverage during the uprising and members of the journalist syndicate rebelled against their chief Makram Mohammed Ahmed, who was backed by Mubarak. – Khaleejtimes

Never got five ‘lives’ in one innings, admits Tendulkar