Huge pumps from US to help in Japan nuclear crisis 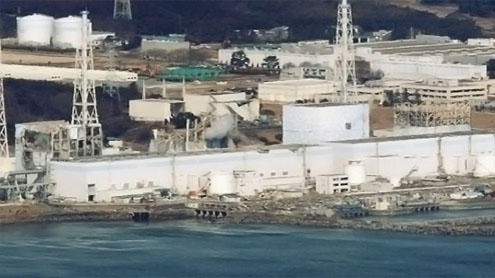 ATLANTA: Two gigantic concrete pumps — described as the largest such equipment in the world — will soon be on their way to join the machinery being used to pour water on damaged reactors in Japan’s nuclear crisis, company officials said Thursday.The two machines are normally used to spray concrete for new skyscrapers, bridges and other massive construction projects.The machines are now being retrofitted in North Charleston, S.C., and Sante Fe Springs, Calif. That will allow them to spray water instead of concrete on the nuclear reactors, said Kelly Blickle, a spokeswoman at Putzmeister America Inc. in Sturtevant, Wis. The German firm manufactured the equipment.Initially, the machines would be used to shoot water on the reactor, Blickle says.

But if a decision is made to encase a reactor in concrete — similar to a method used in the 1986 Chernobyl disaster — the machines would be capable of doing that as well, Blickle said.The firm used its machines to entomb the Chernobyl site in concrete, and Blickle says it already has some equipment helping to shoot water at the site of the Japanese disaster.However, those pumps are not as large as the two being prepared to be shipped to Japan in April. Each one weighs about 190,000 pounds, and their booms can reach 227 feet — farther than any of the booms now being used to spray water on the Japanese reactors, Blickle says.”They will be able to direct the water to the source of the highest radiation,” says Jerry Ashmore, president of Ashmore Concrete Contractors Inc. of Augusta, Ga.Ashmore’s company has used one of the two machines at the federal government’s Savannah River site along the Georgia-South Carolina border.The plan is to load both of them onto airplanes — one at Los Angeles International Airport and the other at Hartsfield-Jackson Atlanta International Airport — for April 9 flights to Japan. The dates are tentative, and some logistics must still be worked out.

“We’re trying to get the permits necessary to move them over the state of Georgia roads to Atlanta,” Ashmore said.They are to be flown to Japan in two Russian Antonov AN-225 Mriya Super Heavy Transport planes, the world’s largest aircraft, Blickle said. The planes were designed to transport the Russian Space Shuttle, she said.She said the company will also send technicians who can train operators on using the pumps.Tokyo Electric Power Co. spokesman Hajime Motojuku said the company, which runs the troubled plant, asked for the giant U.S. pumps. He did not give further details.Another TEPCO spokesman, Syogo Fukuda, said two pumps were being shipped from the U.S. and would arrive on April 11 and 12.

The situation in Japan is different than in Chernobyl, where concrete was used to encase the facility, said Edward Morse, professor of nuclear engineering at the University of California, Berkeley.”This is not a Hail Mary Chernobyl where they’re going to start slopping concrete all over everything,” Morse said.Rather, Morse thinks a likely scenario at some point would involve constructing a building to surround the structure, complete with a roof.However, instead of completely sealing or entombing the plant, Morse believes the structure will still allow some access to the site so that workers can get back in if necessary. – Yahoonews