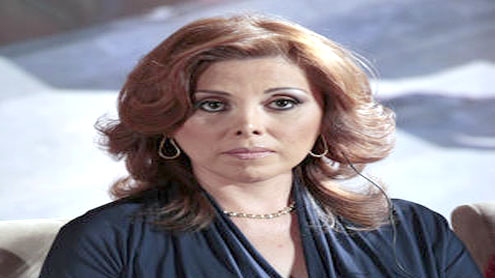 MEXICO CITY: President Felipe Calderon accepted the resignation Thursday of an attorney general known mainly for his weak image in a country fighting a drug war and nominated his top organized crime prosecutor as a successor, the first woman to hold the post if she is approved.Arturo Chavez Chavez, the second attorney general to resign under Calderon, said he was leaving to “attend to urgent personal issues.” The move came just three weeks after a leaked diplomatic said U.S. Embassy officials found his appointment in 2009 “politically inexplicable.””The attorney general’s office has been one of the weakest spots in Calderon’s strategy in battling organized crime,” said Andrew Selee, director of the Washington-based Mexico Institute. “There have been very few successful prosecutions against organized crime groups, those who launder their money and the public authorities who aid and abet them.”

In nominating Marisela Morales, Calderon said the current head of the organized crime special investigations unit “enjoys prestige inside and outside the country.”Earlier this month, Morales was presented with a 2011 Women of Courage Award in Washington by U.S. first lady Michelle Obama and Secretary of State Hillary Rodham Clinton.Chavez came into the job only 18 months ago amid criticism for the botched investigations into the murders of women in the 1990s in Ciudad Juarez, where he was the top prosecutor in Chihuahua state.A September 2009 U.S. Embassy cable posted by WikiLeaks three weeks ago called Chavez “a less capable political operator … stymied by his considerable human rights baggage.”According to numbers obtained by The Associated Press from Chavez’s office, the government arrested 226,667 drug suspects between December 2006 and September 2009, and let more than three-quarters of them go. Only 15 percent of those detained saw a verdict. His office wouldn’t say how many were found guilty.As head of the organized crime unit, Morales made more public appearances in the capture of major drug lords than her boss.

Morales, who must be approved by the Mexican Senate, has in her current job prosecuted many key cases in Mexico’s war on trafficking and organized crime, including corruption charges against some of her colleagues. Among the latter was her predecessor in the organized crimes unit, Noe Ramirez, who allegedly received $450,000 a month to pass sensitive information to the Beltran Leyva cartel.”She is well-respected both by other agencies in Mexico and agencies in the U.S. government. She’s seen as someone who has taken great personal risk and is perceived as very courageous,” Selee said.But another corruption case she handled netting 36 public officials in Calderon’s home state Michoacan largely unraveled and became an embarrassment for the government, which had sought to demonstrate that no politician was immune in the fight to destroy drug cartels.One by one the officials were freed for lack of evidence, and today only one suspect, a mayor, remains behind bars.

Morales also has been overseeing the prosecution of three men accused of tossing grenades into an independence day celebration in 2008, killing eight. Many witnesses say the men, who are still in custody, were 300 miles (483 kilometers) away at the time of the attack and were kidnapped, tortured and handed over to federal officials by drug traffickers.She is one of the more dynamic and high-profile prosecutors originally appointed by Calderon’s first attorney general, Eduardo Medina Mora, an aggressive figure and key architect in fight against drug traffickers.Chavez replaced Medina Mora, who reportedly resigned after clashes with the head of federal police, Genaro Garcia Luna.More than 34,600 people have been killed in drug-related violence since Calderon’s administration launched the campaign shortly after he became president in December 2006. – Yahoonews