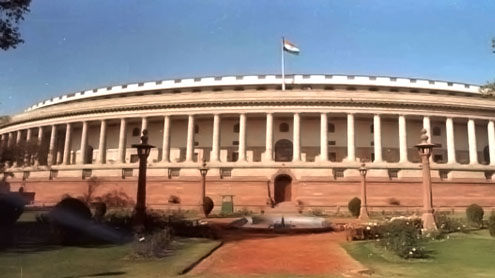 CHENNAI: Electronics dealer H Vasanthakumar, contesting on a Congress ticket in Nanguneri assembly segment in Tirunelveli district, is the richest candidate in the fray among those representing recognised political parties. He and his wife have assets worth Rs 127 crore as per his affidavit filed along with the nomination papers. The second richest is DMK candidate in Aravakurichi in Karur district KC Palanisamy, who is worth Rs 65 crore.Vasanthakumar is the sitting MLA from Nanguneri and the owner of Vasanth and Co., which deals in electronics goods. He also owns Tamil channel Vasanth TV. His assets have grown 2.49 times since he filed nominations for the 2006 polls. He has liabilities to the tune of Rs 46 crore. His declared assets were worth Rs 36.38 crore in 2006. But he did not have any agricultural land then.As per his present affidavit, he has buildings worth Rs 42.94 crore, vehicles worth Rs 2.18 crore and agriculture land worth Rs 4.52 crore.

Palanisamy is a former Lok Sabha MP. He lost the 2009 parliamentary elections from Karur when he sought re-election. He was the richest candidate in the fray in Tamil Nadu in 2009. He owns sand quarries and powerlooms and is also into transport business.Leaders of major Dravidian parties are not far behind. AIADMK chief Jayalalithaa has disclosed assets worth Rs 51 crore. Her assets have more than doubled since she last contested elections. Her Poes Garden residence alone is worth Rs 20 crore. Apart from that, she has buildings in other parts of Chennai, Hyderabad and Kodanad in Nilgiris district.DMDK leader and actor Vijayakanth has disclosed assets worth Rs 47 crore, including those of his wife. His major investments are in agricultural land, which are worth Rs 11.25 crore.

Though DMK president M Karunanidhi and his wives together have assets worth Rs 41 crore, he has assets worth only Rs 4.92 crore. Almost all the DMK ministers are crorepatis with a significant growth in their assets since the last assembly elections.DMDK candidate from Virudhunagar and founder of Ma Foi Management Consultants, K Pandiarajan, has declared assets worth Rs 13 crore. This includes his wife’s assets as well. The couple has moveable assets worth Rs 5 crore. Pandiarajan had contested the 2009 parliamentary polls from Virudhunagar.Other high networth candidates in the fray include Michael Rayappan (Rs 24.5 crore) of the DMDK, who is contesting from Radhapuram constituency. He has most of his assets in the form of agricultural land and bank deposits.Peter Alphonse of the Congress, who is seeking reelection from Kadayanallur constituency, has assets worth Rs 5.86 crore.One of the poorest candidate to represent any recognized party is K Balabharathi of the CPM, who is contesting from Dindigul segment. Her total assets are worth a little over Rs one lakh. – TOI

107 officers appointed in PM Secretariat in violation of constitution