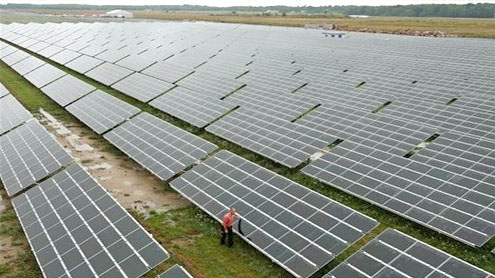 It said that the project would cost 800 million yuan (122 million U.S. dollars), funded solely by Linuo Power Group, a leading provider of solar photovoltaic power generation systems based in east China’s Shandong Province.Construction of the first phase, costing 249 million yuan and covering an area of 30 hectares, began in May last year. It will generate up to 20.23 million kilowatt-hours of electricity annually, the document said.German bored piling technology was used to dig through the thick layer of perennial frozen earth on the plateau, said project manager Zhang Daobin. It was the first time such technology had been employed in Tibet.He said the first phase of the project alone could ease some power shortages in Xigaze Prefecture, by supplying electricity for more than 100,000 farming and herding families.The clean energy project would help save 7,600 tonnes of coal annually and reduce carbon dioxide emissions by at least 13,800 tonnes, said Zhang.APP