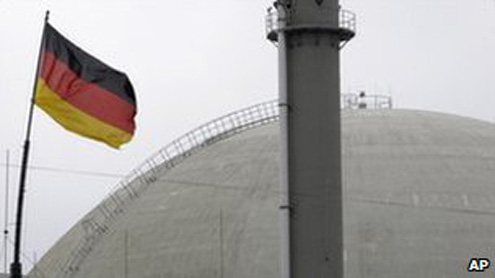 German energy giant RWE is taking legal action against the state of Hesse after being ordered to shut down a nuclear power plant for three months.

The order came soon after an earthquake and tsunami caused a nuclear emergency in Japan.

RWE said the reactors were safe so the state had no reason to disrupt its energy generating activities. The company also said the state of Hesse had no legal authority to order it to close the Biblis nuclear plant.
“According to RWE’s legal interpretation, the government has no grounds to its legal basis to take measures according to paragraph 19 of nuclear law,” RWE said in a statement.
The Biblis plant was shut down as part of an industry-wide moratorium after German Chancellor Angela Merkel ordered additional safety checks on Germany’s seven oldest nuclear power plants following the crisis in Japan.
The EU has also reached agreement on “stress tests” of all European nuclear facilities.
E.On, a rival to RWE, said it would not challenge the decision – BBC