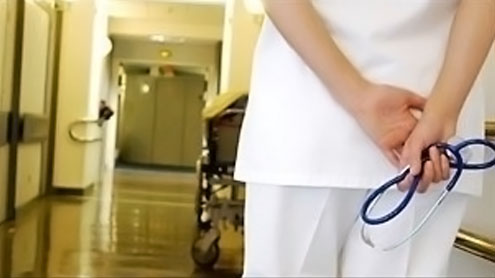 David Cameron will be “betraying the trust” of voters if he pushes ahead with government proposals to reform the NHS in England, Ed Miliband is to say.Labour’s leader will say contradictory briefings have led to a sense of “utter confusion” about the plans, which would give GPs new commissioning powers.He is expected to offer cross-party co-operation to develop replacement plans.Ministers say change is vital to secure the NHS’s future and are planning a campaign to reassure the public.’Horse-trading’In a speech in London, Mr Miliband is expected to criticise government plans to scraping primary care trusts and give GP consortia the money to commission services at a local level.”I believe David Cameron is betraying the trust he asked the public to put in him at the election,” he is expected to say.The Labour leader will attack what he calls “horse-trading” between the Conservatives and Liberal Democrats over the Health and Social Care Bill.”Contradictory briefings to the newspapers from Tory sources, from Treasury sources, from health department sources and – in case we forgot – from the Lib Dems,” he will say.

“Each one adding to the sense of utter confusion and chaos about a bill that has completed its committee stage of the House of Commons.”It is bad government. It is not how the future of the health service should be determined.”He will urge the coalition to rip up the bill and say: “My commitment is this: if there is a genuine attempt to address the weaknesses of this top-down reorganisation, then my party will enter into a debate about a new plan with an open mind and accepting that any NHS plan must be delivered within a tight spending settlement.”Ministers are understood to be preparing some changes to prevent the “cherry picking” of profitable NHS services by private health providers, and to amend the bill’s wording from “any willing provider” to “any qualified provider”.It is also thought GPs will be given longer to form consortia, beyond the current April 2013 deadline, and be subject to greater oversight to make them more accountable.But the government has dismissed speculation it is preparing for a fundamental U-turn. And the prime minister and his deputy, Nick Clegg, are set to re-state their commitment to the plans.

They will use what Number 10 is calling a natural break in the bill’s progress through the Commons to reassure voters the changes are needed so the NHS can cope with an aging population and increased costs.As part of a so-called “listening exercise”, they are also reportedly planning a series of public meetings at which ministers can explain the proposals.A Downing Street spokesman said: “The government is utterly committed to the NHS and its principles. We are also committed to modernising the NHS.”We have always been prepared to listen, having already clarified that there is no question of privatisation and that competition will be based on quality, and will continue to do so.”At their spring conference last month, Lib Dems voted overwhelmingly in favour of amending of what they called the “damaging and unjustified” shake-up of GP services.Doctors have also criticised the plans. At an emergency meeting with the health secretary earlier this month, the British Medical Association stopped short of rejecting the bill altogether, but urged ministers to “adopt an approach of evolution not revolution” towards the NHS. – BBC