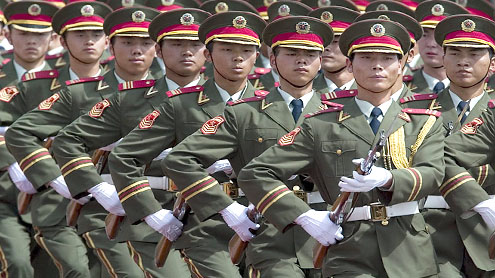 NEW DELHI: A top Indian Army general has warned that India not only faces the threat from Chinese troops along the Line of Actual Control (LAC) with China but it could well extend to the Line of Control (LoC) with Pakistan due to the expansive Beijing-Islamabad military nexus.The massive build-up of Chinese military infrastructure all along the 4,057-km LAC, especially in the Tibet Autonomous Region, as well as the expanding Chinese footprint in infrastructure projects in PoK is by now well-documented. But this is the first time a senior Army commander has publicly expressed apprehensions about People’s Liberation Army troops actually being stationed along the volatile 778-km-long LoC between India and Pakistan.

“It poses military challenges to India and not only along the Sino-Indian border but also along the LoC. And we hear many people today who are concerned about the fact that if there were to be hostilities between us and Pakistan, what would be the complicity of the Chinese. Not only because they are in the neighbourhood but the fact that they are actually stationed and present on the LoC,” said Northern Army Command chief, Lt-General K T Parnaik, at a seminar in Jammu.As first reported by TOI last year, Indian Army’s new doctrine and “pro-active strategy” also factor in the worst-case scenario of grappling with China and Pakistan simultaneously in a two-front war. – TOI