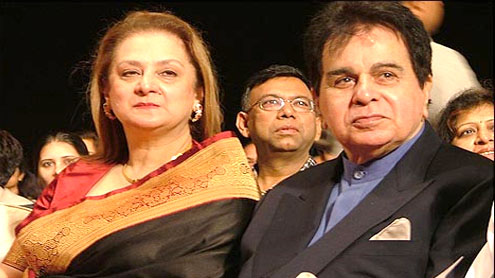 MUMBAI: In the heart of upscale Pali Hill in Bandra West, a prime plot is at the centre of a raging dispute between one of India’s oldest Bollywood stars and a builder known for his luxury towers.Dilip Kumar, the 89-year-old veteran actor of legendary hits such as Mughal-e-Azam and Shakti, has been dragged to court by developer Samir Bhojwani over the redevelopment rights of a half-acre property in this residential enclave.To complicate matters, some top politicians and their cronies are believed to have interfered in the dispute and trying to broker an “out-of-court settlement”.The land-estimated to be worth Rs 135 crore-housed a two-storey bungalow in which Kumar alias Yusuf Khan, stayed since 1953. It also contained servants’ quarters and a garden. The bungalow was constructed some time in the early 1920s.The star who lived here with his wife, screen legend Saira Bano, started demolishing the structure three years ago to construct a highrise. BMC has so far sanctioned six storeys, but the civil aviation ministry, then headed by Praful Patel, cleared the tower’s height to up to 18 floors.

Bhojwani objected, claiming ownership of the plot. He said the bungalow property was leased to the actor for 999 years, but with the caveat that the lessee would not alter or demolish the structure without the owner’s consent. Last November, Bhojwani moved the small causes court against the veteran actor. In February, the judge appointed a court commissioner to inspect the property, take photographs of the site and submit a report. Last month, the actor filed a writ petition in the Bombay High Court, asking for a stay against the appointment of the court commissioner on the grounds that the lower court order was “illegal” and “suffers from non-application of judicial mind and ignoring the material on record”.The property was owned by the Khatau family since 1917. According to papers submitted in court, the lease deed said the occupant “cannot pull down, add or alter any buildings or other erections at any time or erect buildings without previous consent in writing of the trustees”.

On September 25, 1953, Dilip Kumar moved into the property as a tenant on these conditions. In 1980, the Khataus sold their right, interest and title of the property to Bhojwani’s father, Narain, who died nine years ago. In 1998, the actor for the first time sought permission of the Khataus to develop the property, but was told that the ownership had changed hands. “The defendant (Dilip Kumar) did not seek permission from the late Narain Bhojwani to develop the property,” said Samir Bhojwani’s petition.But Kumar used his “clout” with BMC and got the building plan sanctioned without the owner’s permission in October 2000. Narain Bhojwani objected and wrote to BMC’s building proposal department. BMC wrote back asking him to give his no-objection certificate within 15 days, “failing which it would be presumed that the owner had no objection for the development”. “The municipal corporation was not entitled to nor had any locus standi to ask the owner to give no objection for development,” it said. Kumar entered into a development agreement with Sharyans Resources and Gold Beam Constructions and began razing the bungalow in mid- 2008. The actor would get Rs 10 crore and 50% right in the land’s development potential. Bhojwani said as owner, it was his prerogative to develop the property and asked the court to stay construction. Work on the site stopped about five months ago.

Last week, the actor moved the high court against the small causes court order appointing a court commissioner to inspect the property. “It is well settled that the court commissioner cannot be appointed for collecting evidence,” said his petition. Kumar’s petition said Bhojwani had moved an ex parte application in the lower court on February 9 on “false, dishonest and bogus ground that the petitioners had suddenly geared up demolition work of the bungalow and has undertaken excavation of land for construction of new building”.The actor also challenged Bhojwani’s ownership claim. “In the absence of legal, valid and duly registered documents, the petitioner (Kumar) never recognized the respondent (Bhojwani) as the lessor He said the builder’s claim in the property is “illegal, invalid and untenable”. – TOI