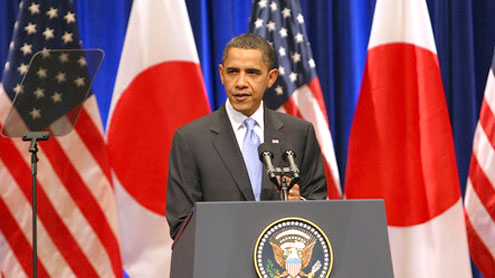 WASHINGTON: Despite the fact that Pakistan-based al-Qaeda’s senior leadership has been depleted, the group continues to plot terror attack against US and its allies, a new Obama Administration report has said.”Although the global affiliates and allies of al-Qaeda also threaten the US Homeland and interests, Pakistan and Afghanistan continue to be the operational base for the group that attacked us on 9/11,” US President Barack Obama said in the third-quarterly report to the Congress on Afghanistan and Pakistan sent on Tuesday.An unclassified portion of the report provided to the Press Trust of India claimed.The 2010 Afghanistan-Pakistan Annual Review includes an evaluation of the progress made during the period of this report, which marked the full deployment of the US troop “surge” to Afghanistan that he announced in December 2009, Obama said in a letter to the Congressional leaders.

While the report says al Qaeda “senior leadership in Pakistan is weaker and under more sustained pressure than at any other point since it fled Afghanistan in 2001,” it also notes that the group cannot be defeated until there is a sustained denial of the group’s safe haven in the region.”There has been significant progress in disrupting and dismantling the Pakistan-based leadership and cadre of al-Qaeda over the past year. Al-Qaeda’s senior leadership has been depleted, the group’s safe haven is smaller and less secure, and its ability to prepare and conduct terrorist operations has been degraded in important ways,” the report said.The compounding losses of al-Qaeda’s leadership cadre have diminished, but not halted, the group’s ability to advance operations against the United States and our allies and partners, or to support and inspire regional affiliates, it said.Obama Administration believes that core al-Qaeda “continues to view the US Homeland as its principal target”, with evidence that some of al-Qaeda’s affiliates and allies “also are more aggressively pursuing such attacks”.

“Indeed, terrorist plotting continues against the United States and our allies and partners,” the reports said.Obama, in his 38-page unclassified portion of the report, said the US remain committed to deepening and broadening its partnerships with Pakistan and Afghanistan in a way that brings us closer to the defeat of al-Qaeda and prevents terrorist groups that pose a strategic threat to “our Homeland, its allies”.America’s strategy for Afghanistan and Pakistan is centered on disrupting, dismantling, and defeating al-Qaeda in the theater and preventing its capacity to threaten America, our citizens, and its allies.”We remain relentlessly focused on Pakistan-based al-Qaeda because of the strategic nature of the threat posed by its leadership, and in particular the group’s continued pursuit of large-scale, catastrophic anti-Western attacks and its influence on global terrorism, Obama said.”While it will take time to eventually defeat al-Qaeda, we are taking steps to prevent terrorist groups from regenerating over time or reestablishing a safe haven in the region that would pose a strategic threat to the US Homeland and to our allies and interests abroad,” Obama said.He said that America’s efforts to counter these threats will continue unabated.The report highlighted the need of working with regional partners to prevent extremists from acquiring nuclear weapons.”The presence of nuclear weapons in the region also lends to its distinct status, highlighting the importance of working with regional partners to prevent extremists, including core al-Qaeda, from acquiring such weapons or materials,” he said in his 38-page unclassified portion of the report. – Onlinenews