by ToP
in India, International News
1 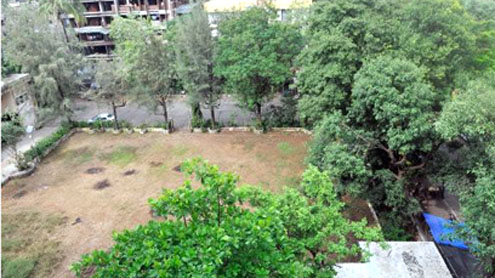 MUMBAI: Speaker Dilip Walse-Patil on Monday directed the Maharashtra government to answer why the controversial plot at Kandivli was sold at below market rates.The issue of the alleged defence plot at Kandivli being sold to Kalpataru Builders was raised in the state legislature during question hour by NCP legislators Sashikant Shinde, Jitendra Awhad and others on Monday.Legislators demanded to know why a Rs 20-crore plot was sold for a mere Rs 6 crore. Members from both sides demanded an inquiry into the sale. The plot is alleged to belong to the defence authorities.

However, the Maharashtra government has insisted that the land belongs to the state and was given to the defence authorities during World War II on the condition that it will be returned after the war. The defence authorities returned part of the land and built an ordnance depot on the remaining plot. The government said the land sold to Neo Pharma was not defence property.The land bearing CTS No. s 135 and 136 was sold to Neo Pharma who in turn sold it to Kalpataru Builders.The government has also asked the defence authorities to measure the land in their possession. Revenue minister Balasaheb Thorat disagreed with the legislators and said there was no need for an inquiry.Walse-Patil then intervened and said, “Since members on both sides have expressed concern and raised the issue, the government must offer an explanation.” He reserved the question and it is likely to be taken up next week.