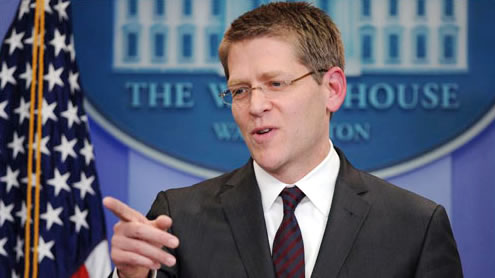 Washington: Keeping up the pressure on Islamabad to act against Haqqani network’s safe havens in Pakistan, the United States has warned that it would act on its own as it did against Osama bin Laden hiding in Pakistan. “The fact of the matter is we are fighting a war in Afghanistan, and one of the problems we’ve had, which is where this issue arises from, is with the safe havens that the Haqqani network has in Pakistan,” the White House Press Secretary Jay Carney told reporters.

“That’s an issue that we raised with our Pakistani counterparts, and we continue to have those discussions on a regular basis about the broad range of areas where we have shared interests and cooperation,” he said. Asked what discussions were going on with the Pakistanis about military action that might go beyond drones Carney said: “Certainly, we take action against the enemies of the United States — members of Al Qaeda — where we find them. And as you know, in the case of Osama bin Laden, that happened to be in Pakistan.”

“The relationship that we have with Pakistan is complicated but very important,” he said when asked if ties with Islamabad were close to a point of no return over recent spats. “They have been important allies, the Pakistanis have been, in our fight against Al Qaeda, and that fight continues. And we expect to have continued cooperation with the Pakistanis on that.” “There’s no question that we have disagreements, complications in our relationship, and we speak openly and candidly with our Pakistani counterparts about this,” he said.

“But we certainly believe that the relationship is important enough, that the kind of cooperation we get is essential to our national security and we need to continue it, precisely so we can most effectively take the fight to Al Qaeda and succeed in that region,” he said. – onlinenews