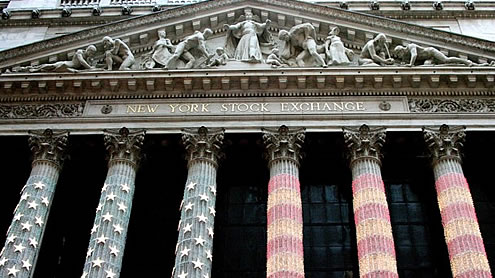 The United States has long imported its food and fuel, its cars and clothes. Now the faltering economy has sparked a push for another type of import: shoppers. For the first time, lawmakers, businesses and even White House officials are courting consumers from cash-rich countries such as China, India and Brazil to fill the nation’s shopping malls and pick up the slack for penny-pinching Americans. They are wooing travelers with enticements such as coupons, beauty pageants and promises of visa reform. The payoff, they say, could be significant: 1.3 million new jobs and an $859 billion shot in the arm for the economy over the next decade.

“They’re their own little stimulus program,” said David French, senior vice president for government relations at the National Retail Federation, a trade group. The trend underscores the depth of the United States’ reliance on countries once considered to be at the bottom of the global totem pole. The nation already counts on China and other countries to manufacture its goods, creating a $45 billion trade imbalance that is paid for with money borrowed from their coffers. Now officials are encouraging foreign travelers to buy some of those products back — and a growing number are happy to oblige.

Guo Hui, 37, who lives in Beijing, recently returned home from a two-week tour of Yellowstone National Park, Houston and Los Angeles. He estimated he spent $2,000 to rent a car and pay for gas and lodging for himself and his wife. Then there was the Ed Hardy T-shirt, the Apple laptop, the HP laptop, even baby food and formula for his child, totaling an additional $6,000. Still, Guo said prices are significantly cheaper than in China — a pair of Adidas sneakers costs only $25 at a U.S. outlet mall.

“For that price in China, you can’t even buy counterfeits,” he said. In contrast, spending by American shoppers — long considered the engine of the nation’s economy — has slowed to a crawl as families struggle under high unemployment rates and depressed home prices. The U.S. gross domestic product last year grew an anemic 3 percent, while China’s and India’s shot up 10 percent. Brazil’s clocked in at about 7.5 percent.

Those shifting dynamics have spawned a movement to encourage foreigners to spend their newfound wealth in the United States, placing the country in the unfamiliar role of supplicant. Over the summer, President Obama’s jobs council deemed international travel among the “low-hanging fruit” for stimulating the economy. The Corporation for Travel Promotion, a public-private partnership created by Congress last year, will announce next month the first U.S. advertising campaign to promote the nation as a tourist destination. Rebecca Blank, the acting commerce secretary, called tourism a key component of “America’s exports success story.”

That’s because even though foreign shoppers are spending money in the United States, their purchases are counted as exports on the country’s balance sheet. This year, their spending is up 13 percent compared with last year, to nearly $87 billion. – Washingtonpost