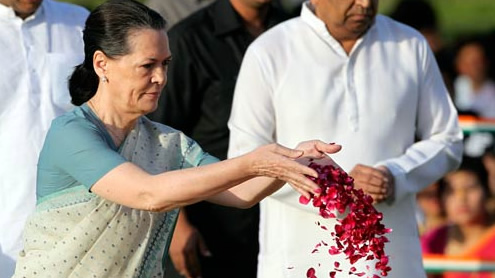 Many commentators said that if Mrs Gandhi had been in Delhi, she would have handled the situation better. Cancer rumours The party has consistently refused to comment on the nature of the illness or where she went for surgery. But media reports have suggested she was treated at a specialist cancer hospital in New York. Mrs Gandhi is the widow of former Prime Minister Rajiv Gandhi. She nominated Manmohan Singh to the prime minister’s post in 2004 but is frequently portrayed as being more powerful than him. She is at the head of the Nehru-Gandhi dynasty, which has ruled India for most of the time since independence in 1947. Her son and MP Rahul Gandhi is tipped as a future prime minister. – BBC