US overestimated its own abilities and underestimated the Afghan gureillas, says Pakistani Ambassador to UN 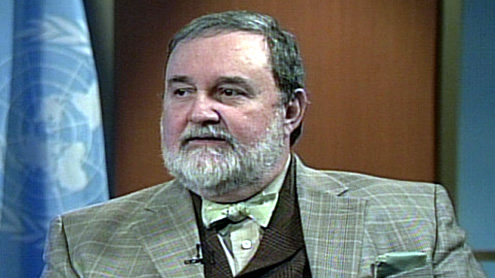 UNITED NATIONS: Pakistan Ambassador to the UN, Abdullah Hussain Haroon on Thursday asked the United States not to make Pakistan a scapegoat for its setbacks in the Afghan war, and called for recognising Islamabad’s role in combating terrorism. In an interview with a major American television network, he said Pakistan captured and handed over three “key” people to the US authorities on September 5, that contributed to making the 10th anniversary of the 9/11 attack a safe event, but regretted that the American people were not told of the Pakistani help in this regard. “Do you know why in New York, why nothing happened (this year) on September 11?,” Ambassador Haroon asked in the course of the interview with CBS network. “You gave us a list of three people, ‘help us find them,’ you said.

We went out of our way and did find them. The White House said fantastic, we have the people that could have harmed us and, by God’s grace, nothing happened. Three key people were handed over on the 5th of September. Were people told in America that the reason that New York is safe is because Pakistan helped us capture these people?” Haroon said that Pakistan wants to end terrorism in his country and that Washington and Afghanistan are blaming Pakistan, making it the scapegoat for a conflict which victimizes Pakistan more than it hurts the U.S. or Afghanistan. “For the past few months it’s been the U.S. who keeps trying to put pressure by saying Pakistan this or Pakistan that,” Haroon said.

“That policy needs reappraisal. You need to talk as allies, don’t talk down to  us. This is not going to succeed. Politics should be transactional, not coercive. We want success. We don’t want this mess on our doorstep for the next 100 years. It’s not of our making, not of our choosing, not of our doing. We’ve paid the highest price for this war.” In a blunt assessment, the Pakistani ambassador said that the U.S. had ignored the lessons of history in  deciding to, and how to, invade Afghanistan. “The Soviets lost Afghanistan by not learning the lessons of history… History is again repeating itself because the  Americans have repeated the mistakes made by the Soviets and everyone else.” Haroon said U.S. leaders “overestimated their own capabilities and underestimated those of the Afghan guerillas.”

The ambassador also said the U.S. of underestimating the Taliban.  “I believe this needs to be reassessed because misappreciation of the enemy has always led to military setbacks.” Adding to his list of alleged U.S. failures, Haroon said American military commanders failed to assess the physical terrain on which they were planning to fight. All the errors, he said, “contributed to the impasse which has resulted in Afghanistan.”  With U.S.-Pakistan relations under strain, Haroon offered some advice: “You cannot solve Afghanistan without Pakistan and Pakistan cannot be free of its own troubles without Afghanistan first being free of all its troubles. That is the conundrum.”

“Whenever anyone has set a date for withdrawal in Afghanistan, before the army has effectively left their borders, their imposed government falls and runs with them towards the border. You have undermined yourselves completely… by setting an exit date.” A Wall Street Journal report this week said that U.S. officials secretly met with leaders of the Haqqani network this past summer, in an attempt to draw them into talks on winding down the war, to no avail. Haroon said Pakistan has stood by the U.S. for decades, helping to end the Vietnam war and opening China, “and look how you are treating us. I am so seriously saddened and indignant on how we have been treated.  Don’t punish Pakistan time and time again. For what? You’ve done it for a long enough time. We have paid a price you haven’t paid. What a shame, what a shame.” About Afghan allegations against Pakistan in the wake of the assassination of ex-president Burhanuddin Rabbani, Haroon, “When you (the U.S.) started realizing that the military effort had not worked, you should have reappraised your situation.

Instead you did what you have done every time. You go in for acceleration. That acceleration has not proved to be beneficial, it did  for a moment, under McChrystal (Gen. Stanley McChrystal, former Commander, ISAF) but subsequent to that it hasn’t seemed to have produced results  that were expected of it and I think that the net result has been that a blame game has started and now it’s a blame on Pakistan for everything  and anything.”
“We’re getting treated like we’re a pariah,” Haroon said in an emotion-charged voice. “Very, very sad shape, and it is not what we expect of a great country like America.” – APP