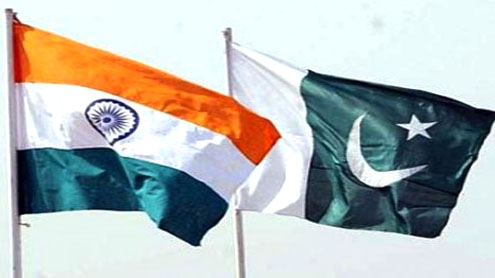 NEW DELHI: A two-day meeting of Joint Working Group of Pakistan and India concluded here on Friday after examining the modalities for streamlining visa procedures and to finalize draft of the new Bilateral Visa Agreement.The agreement is meant to easing travel for the nationals of India and Pakistan who desire to visit the other country.

This was stated in a joint press statement issued by the two sides after the second meeting of the Working Group.The two sides finalized the draft text of the agreement, which would be submitted to the respective governments for obtaining necessary approvals in order to sign the agreement at an early date.This meeting was a follow-up on the deliberations held in the first meeting of the Joint Working Group in Islamabad on June 2-3, 2011.

The meeting was held in pursuance of the decision taken during the India-Pakistan Home/Interior Secretary level talks held at New Delhi on 28-29 March 2011.The Indian delegation was led by Anil Goswami, Additional Secretary (Foreigners), Ministry of Home Affairs while leader of Pakistan delegation was Nasar Hayat, Additional Secretary, Ministry of Interior. The discussions were held in a friendly and cordial atmosphere. – APP