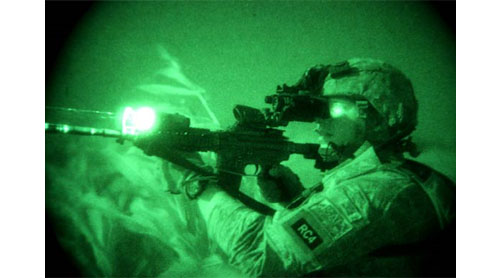 The Government Accountability Office said gaps in the State and Defense departments’ monitoring of equipment after it has been sold leaves technology such as night-vision devices “prone to diversion.”It also looked at equipment such as medium range air-to-air missiles and javelin missiles.US arms deals are likely to increase with Gulf countries concerned about Iranian intentions and how the withdrawal of American troops from Iraq will affect the stability of the region.The issue also is sensitive because of a proposed USD 53 million arms deal with Bahrain.

The State Department says the deal is solely for Bahrain’s external defense and that the US will monitor the use of all transferred equipment. But the department has held off on a final decision ahead of a Bahraini probe into the government’s crackdown on protesters this year.The findings of that investigation are expected to be released next week.Still, the GAO’s 67-page report, released yesterday, expressed concerns with how the US government ensures the proper use of military equipment sold to countries such as Bahrain, Kuwait, Oman, Qatar, Saudi Arabia and the United Arab Emirates.

It noted that the State Department has conducted human rights vetting for hundreds of individuals and units receiving US-funded training in the Gulf. It has not undertaken similar vetting for recipients of about USD 188 million of US-funded equipment in Bahrain and Oman. It also cited shortcomings in post-shipment inspections.”Such vetting is especially critical given Bahrain’s use of its security forces to quell public demonstrations,” the report said.

The State Department did not immediately comment on the report.The department said last month that the review and monitoring of defense trade is integral to ensuring that weapons are delivered in compliance with US law and foreign policy goals. All possible violations are investigated, the department said, and infractions can warrant increased monitoring, suspension of future deliveries or even a ban on new weapons sales or maintenance agreements with countries. -Tribune