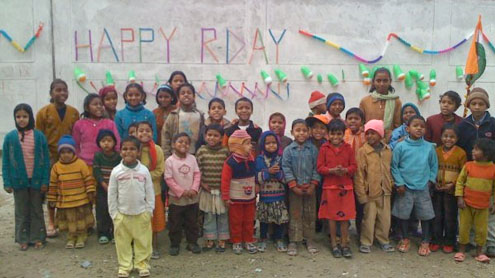 NEW DELHI: Inequality in earnings has doubled in India over the last two decades, making it the worst performer on this count of all emerging economies. The top 10% of wage earners now make 12 times more than the bottom 10%, up from a ratio of six in the 1990s.

Moreover, wages are not smoothly spread out even through the middle of the distribution. The top 10% of earners make almost five times more than the median 10%, but this median 10% makes just 0.4 times more than the bottom 10%.”The main driver has been an increase in wage inequality between regular wage earners-contractual employees hired over a period of time,” says the Organisation for Economic Cooperation and Development (OECD) in a new report on inequality in the developed world and emerging economies. “By contrast, inequality in the casual wage sector-workers employed on a day-to-day basis-has remained more stable,” the report said.

South Africa is the only emerging economy with worse earnings inequality, but it has halved this number since the last decade. “The combination of marked spatial divides, persistently high shares of informal sector jobs and disparities in access to education accounts for much of the widespread variation in earnings from work in the EEs,” the report said. Wage inequality has driven more general income inequality in the country. India has got more unequal over the last two decades-India’s Gini coefficient, the official measure of income inequality, has gone from 0.32 to 0.38, with 0 being the ideal score. In the early 1990s, income inequality in India was close to that of developed countries; however, its performance on inequality has diverged greatly since then, bringing it closer to China on inequality than the developed world.

Of all the emerging economies, India has by far the highest proportion of informal employment, by any national or international measure. “In India…informal employment includes a disproportionate number of women, home-based workers, street sellers and workers sub-contracted by firms in the formal sector,” the OECD report said. India spends less than 5% of its GDP on social protection schemes as compared to Brazil’s more than 15%. Its tax revenue as a proportion of GDP is under 20%-the lowest of all emerging economies, and just half that of developed countries. – TOI