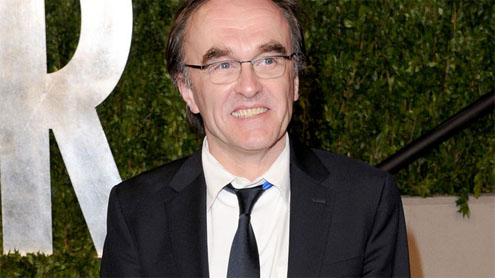 The show’s artistic director, Danny Boyle, said the ‘Isles of Wonder’ ceremony was inspired by The Tempest.Six months before the performance kicks off London 2012, the Oscar winner said it would be about a land recovering from its industrial legacy.One billion people are expected to watch the opening ceremony on 27 July.Billy Elliot director Steven Daldry, London 2012’s executive director of ceremonies, said the task of putting on “the greatest shows on earth” – albeit with a budget of £81m – equated to the task to producing 165 West End musicals at the same time.

“They [the Olympic and Paralympic Opening and Closing Ceremonies] will represent one journey to the end of the Paralympics, looking at who we are, who we were and who we would wish to be,” he said.Boyle, who is best known for directing Oscar-winning film Slumdog Millionaire and Trainspotting, said the Isles of Wonder theme captured the essence of Britain.He added that the stadium’s 27-tonne bell was being cast on Friday at London’s Whitechapel Foundry – where 13.5-tonne Big Ben was cast in 1856 – and would be inscribed with a quote from The Tempest’s Caliban: “Be not afeard, the isle is full of noises”.

The bell would hang at one end of the stadium, and Boyle said he wanted people to hear it “for hundreds of years”.”We’ll be celebrating the whole of the country… there are so many Isles of Wonder,” he said.With £27m to spend on the opening ceremony – far less than the £65m given to Chinese film director Zhang Yimou for the Beijing 2008 spectacular – Boyle said he would be taking his lead from previous Olympics.”You’re standing on shoulders of giants – you cannot but live in the shadow of your predecessors,” he said.

He described Beijing’s opening ceremony as “extraordinarily, eye-wateringly spectacular” and that of Athens 2004 as “incredibly beautiful”. But Boyle said he would be most honoured if his spectacle was compared to the opening of Sydney 2000 – “a wonderful people’s Games”.A full dress rehearsal will be held for a capacity crowd of 80,000 in the Olympic Stadium, which will be fitted with a million-watt sound system.Before the 20,000-cast event kicks off on 27 July at 21:00 BST, with the tolling of the bell, an Olympic Stadium packed with 80,000 spectators will be entertained by a pre-show that will start at 12 minutes past eight – 20:12 BST.

Some 900 youngsters from the six Olympic host boroughs would be given roles in the opening and closing ceremonies, he added.A total of 1,650 children from 18 primary and seven secondary schools in east London have been auditioning for the roles in recent weeks.Boyle also revealed that nurses would have a starring role in the ceremony sequence because, he said, the NHS is one of things that is “unique about us… along with our sense of humour”.While organisers will try to keep some part of the opening ceremony secret, protocol dictates it will include a welcoming of the Queen by IOC and Locog bosses, a parade of athletes, and the ceremonial lighting of the Olympic flame – the culmination of the 70-day Olympic torch relay around the British Isles.

For the opening ceremony Boyle will be collaborating with electronic musical duo Underworld whose 1990s rave classic Born Slippy featured in the gritty blockbuster Trainspotting.The pair, who also worked with the director on his acclaimed stage production of Frankenstein last year, have been named musical directors of the three-hour ceremony. Some 15,000 performers using 25,000 costumes will take part in the opening and closing ceremonies of both the Olympic and Paralympic Games. They will be drawn from members of the public and more than 10,000 have already been auditioned.Both Olympic and Paralympic closing ceremonies will be directed by Kim Gavin, the brains behind Take That’s theatrical stadium shows, while artistic directors Bradley Hemmings and Jenny Sealey will be behind the opening of the Paralympics.

The ceremonies are expected to be watched by four billion people, which advertising experts estimate is worth up to £5bn in airtime exposure.Speaking earlier on Friday about the challenges that lay ahead in the next six months, London 2012 Chairman Seb Coe said it was a fabulous opportunity but a “heavy weight of responsibility”.Locog Chairman Paul Deighton said it would be all about attention to detail as well as building the excitement and helping people to be a part of what will be “the greatest thing this city has seen in their lifetimes”.

Culture Secretary Jeremy Hunt, meanwhile, defended last month’s doubling of the ceremonies’ budget to £81m, saying the Games represented “an extraordinary business opportunity” likely to attract foreign investment.And Steven Daldry emphasised that despite the augmented budget, London 2012 would be spending “considerably less” on ceremonies than the two previous Summer Olympics.Friday also saw an event to mark the handover of the Olympic Park’s Athletes’ Village from the Olympic Delivery Authority (ODA) to Locog.The 2,818 flats will now be fitted out to cater for 16,000 athletes and officials from 200 countries.