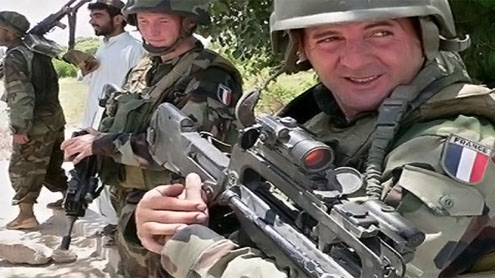 PARIS: French forces have withdrawn from a forward operating base in Afghanistan where four French servicemen were shot dead by a renegade Afghan soldier last month, the general staff said on Thursday.

The base in Gwan, in the south of Kapisa province, was handed over to the Afghan National Army, the general staff’s spokesman, Colonel Thierry Burkhard, told a press conference. Five convoys with about 50 vehicles and 85 containers left the area and were headed for a base at Tora, nearer the capital Kabul. The killing of the four soldiers by a rogue Afghan ally shocked France. A week later President Nicolas Sarkozy announced France was withdrawing its 3,600-strong contingent by the end of 2013. – Nation