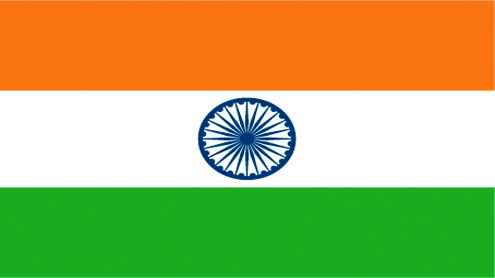 NEW DELHI — India’s government on Friday challenged a Supreme Court ruling scrapping 122 telecom licences awarded in a 2008 sale at the centre of a massive corruption scandal that has shaken the country.

The government disputed the Supreme Court’s decision in early February to cancel the second-generation (2G) mobile licenses that has caused turmoil in the flagship telecom sector, saying it violated the country’s constitution.“This judgment is contrary to the principle of separation of powers embodied in the constitution,” the Congress-led government said in its challenge.The government said the court had “traveled beyond the limits of judicial review and entered the realm of policy-making.”

The 2008 licensing sales are at the heart of one of India’s biggest corruption scandals in which former telecom minister A. Raja is alleged to have under priced licenses to favor some firms, costing the treasury up to $39 billion.Raja and a number of company executives and government officials are facing trial in the graft case which has cast a long shadow over Premier Manmohan Singh’s Congress-led government.

Corruption has become a hot political issue in India due to a string of high-profile scandals including the so-called “2G scam” and contracts awarded for the 2010 Commonwealth Games in New Delhi.Among the firms affected by the cancellation of the 122 licenses was Norwegian telecom giant Telenor which spent billions of dollars to enter the world’s second-largest market by subscribers, eyeing big returns.

Other companies included Gulf-based Etisalat and Russia’s Sistema JSFC.The government argued that the Supreme Court had “erred in holding that the first-come first served policy was flawed and lopsided” and that a public auction would have been preferable.“The court has not applied its mind to the relative merits of revenue maximization to competing objectives like (increasing) teledensity and telecom connectivity,” the government said.

The telecom ministry said earlier in the week it could take some 400 days to hold an auction to redistribute the licenses.Separately, Raja also sought a review on Friday of the order cancelling the licence sales of which he was in charge on grounds that he had not been heard by the Supreme Court before it issued its ruling.Raja, who is in jail, said in his request for a petition that the Supreme Court ruling could affect the outcome of his court case.

“The review is being sought on one ground — that he (Raja) was not heard by the Supreme Court,” his lawyer Sushil Kumar told AFP. “His trial is already being affected by it (the ruling).”The court had stated in its ruling that the telecoms minister had “wanted to favor some companies at the cost of the public exchequer.”Raja’s trial on corruption charges is being heard by a special court set up under the order of the Supreme Court. – khaleejtimes