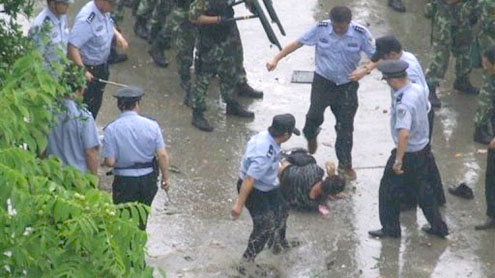 Chinese lawmakers on Wednesday passed into law controversial changes that give police powers to detain some suspects for up to six months in so-called “black jails”.

The controversial bill was passed at the final session of the National People’s Congress, with 2,639 delegates voting in favour of the amendments. Only 160 lawmakers opposed the bill, and 57 abstained from the vote.

Critics say the amendments to China’s Criminal Procedure Law would legalise secret detentions for people considered a threat to the Communist Party such as political dissidents, dozens of whom were detained last year.Secret detentions in locations away from formal detention areas, usually hotels, are already well-documented in China.Last year many people, from renowned artist Ai Weiwei to rights lawyers and petitioners, were held illegally in informal detention, sometimes for months. – Yahoonews