India, China not spared from US sanctions on Iran oil 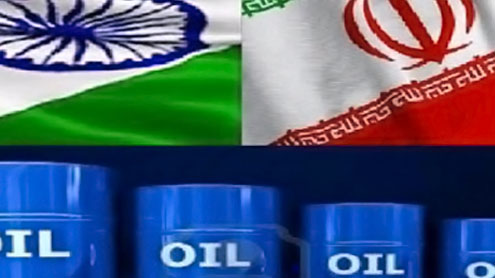 WASHINGTON:  The United States has not included India and China in a list of 11 nations that would be spared financial sanctions as they have significantly reduced purchases of Iranian crude oil.

The exempted countries are Japan and ten European nations – Belgium, the Czech Republic, France, Germany, Greece, Italy, the Netherlands, Poland, Spain, and the United Kingdom, according to a State department statement. “The actions taken by these countries were not easy,” Secretary of State Hillary Clinton told the US Congress Tuesday.”They had to rethink their energy needs at a critical time for the world economy and quickly begin to find alternatives to Iranian oil, which many had been reliant on for their energy needs,” she said.

“The United States is leading an unprecedented international coalition of partners that has brought to bear significant pressure on the Iranian regime to change its course,” Clinton said.Besides India, China, and South Korea, which do not figure on the list there are nine other major importers of Iranian that could face sanctions.A State Department official who briefed reporters on the announcement would not list the countries, but said the US is in conversation with India, China, and South Korea on the issue.

“We look very much forward to hearing what kinds of messages those countries are able and willing to bring to us and to continue to pursue them in a serious and professional conversation,” the official said.Major oil importers could look at Japan as an example of how to wean off Iranian oil, he said. Japan has reduced its oil purchases from Iran by 15 percent to 22 percent in the last half of 2011, the official said.

Under the 2012 National Defence Authorization Act, President Barack Obama can impose financial sanctions on foreign banks that carry out financial transactions with Iran’s central bank “for the purchase of petroleum or petroleum products from Iran.”However, under the law he can exempt nations from sanctions if he determines that a country with primary jurisdiction over the bank has “significantly reduced” its volume of crude oil purchases. – TOI