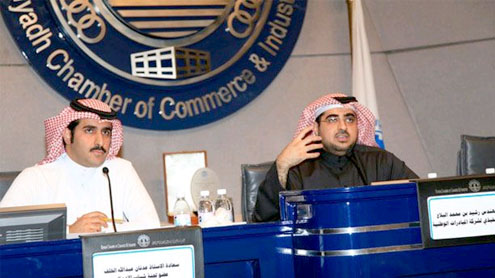 RIYADH: A Saudi Internet expert predicted that a boom in the Internet industry in Saudi Arabia and the Arab world would occur soon.

Rashid Al-Balla, CEO of the National Initiative Company and an expert on the Internet industry, was addressing a workshop organized by the young entrepreneurs at Riyadh Chamber of Commerce and Industry (RCCI).Al-Balla based his assumptions on the increased number of Internet users in the Kingdom, which jumped to 46 percent of the total population in 2011, or more than 13 million users, compared to 20 percent and 5 percent in 2006 and 2001 respectively.

He said there were more than 800 million visits on the Internet through mobile phone sets, 5 million accounts on the Facebook sites plus smartphones increasing by 26 percent in the Kingdom.He said key characteristics of the Internet and telecommunications in the Kingdom are represented in the rapid development of technologies being used by the three operators, notably the G4 technology and expanded use of the Internet through mobile sets.

He said the criteria of success in Internet projects should not only be made on the basis of income but, rather, on the number of visitors.He said any new industry needs time until its features are clearly determined.Al-Balla advised the young entrepreneurs wishing to invest in this area to acquaint themselves with groups of entrepreneurs and technicians, not depending on un-matured technologies, attach much care on small beginnings and introduce changes when necessary based on visitors’ requirements and proposals.

He briefed the young entrepreneurs on a number of successes made by different generations in this industry who set a series of websites such as Ajeeb, Naseej, babcom, maktoob, Tadawul, and koracom.Touching on the volume of investments in the Internet industry worldwide, Al-Balla said the investments did not exceed $94 million in early 90s, jumped to $1.5 billion in 1997 and then reached $3.7 billion in 2000.

Responding to questions raised by the audience, Al-Balla ascribed weakness of e-commerce in the Kingdom to its novelty as any new industry needs time to gain credibility and stability, and affirmed e-commerce would keep growing in the Kingdom. – Arabnews

Tags: Internet and telecommunications in the KingdomRiyadh Chamber of Commerce and Industry
Previous Post