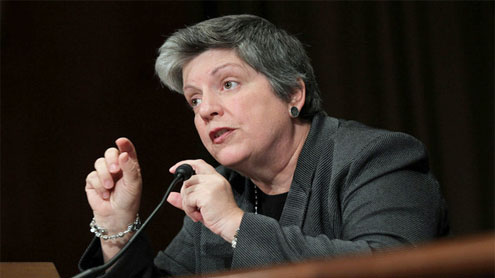 The chief of the General Services Administration resigned, two of her top deputies were fired and four managers were placed on leave Monday amid reports of lavish spending at a conference off the Las Vegas Strip that featured a clown, a mind reader and a $31,208 reception.

Administrator Martha N. Johnson, in her resignation letter, acknowledged a “significant misstep” at the agency that manages real estate for the federal government. “Taxpayer dollars were squandered,” she wrote. At the start of her tenure in February 2010 she called ethics “a big issue for me.”Public Buildings Service chief Robert A. Peck, a fixture in the Washington area real estate community on his second stint running the department, was forced out, along with Johnson’s top adviser, Stephen Leeds. Four GSA managers who organized the four-day conference in October 2010 have been placed on adminstrative leave, officials said.

The episode is an embarrassment for the Obama administration at a time when the role and size of government have taken center stage in the presidential campaign. How much government should spend, and on what, will be at the heart of the election-year battles between Democrats and Republicans.The White House, which has led a campaign against government waste, was alerted in March to the year-long investigation. It moved swiftly to get in front of the scandal. Chief of Staff Jacob J. Lew briefed President Obama before last week’s trip to South Korea.

Obama “was outraged by the excessive spending, questionable dealings with contractors, and disregard for taxpayer dollars,” Lew said in a statement to The Washington Post, calling for “all those responsible to be held fully accountable.”But Capitol Hill lawmakers were quick to criticize the scandal as fresh evidence that the White House is tolerating wasteful spending.

Sen. Joseph I. Lieberman (I-Conn.) called the episode “a stupid and infuriating waste of taxpayer dollars.” House Oversight and Government Reform Committee Chairman Darrell Issa (R-Calif.) said it reflects the “waste that exists in a bloated federal government.”Johnson will be replaced by Dan Tangherlini, the Treasury Department’s assistant secretary for management, a widely respected manager who was city administrator for the District and acting director of Metro.

Johnson, through a spokesman, declined to comment. Peck, reached while traveling in Ohio, also declined to comment.The GSA, with 12,600 employees in 11 regional offices and the Washington headquarters, also handles much of the government’s procurement and holds a “Western Regions” conference every other year for employees assigned to West Coast offices. The focus is on training in job skills and “an exchange of ideas between ‘higher-ups,’ ’’ the inspector general said. – WP